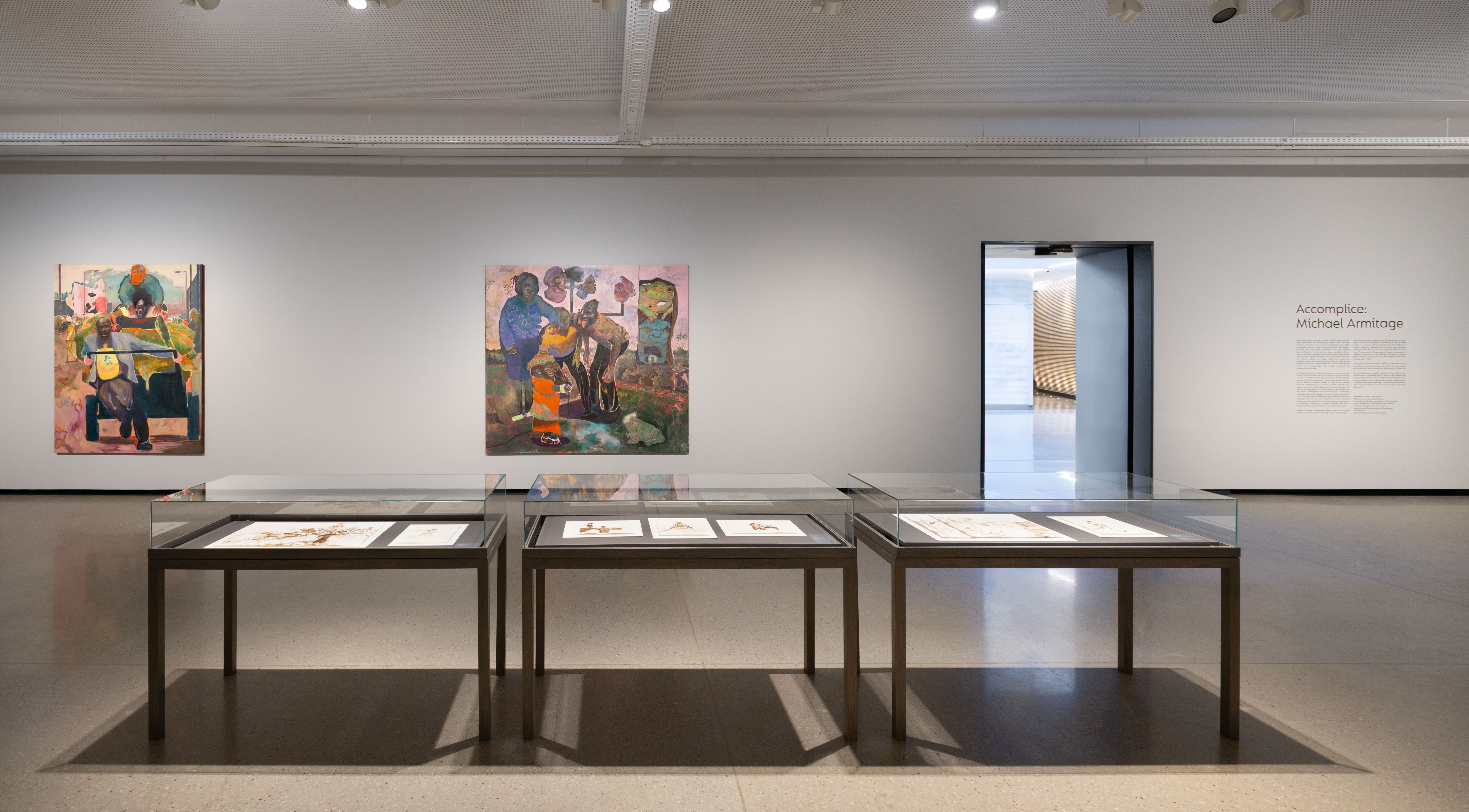 Accomplice brings together a series of eight paintings and nine preparatory ink drawings by Kenyan artist Michael Armitage created over a two year period beginning in 2017. Presented for the first time as a complete cycle, the catalyst for these works were events connected to the 2017 Kenyan General Elections. At the time, Armitage travelled to Uhuru Park, in Nairobi, to witness a major rally that was being staged by the country’s main opposition party. The observations made at this rally, in addition to images culled from social and broadcast media, are the basis for paintings that engage the Kenyan body politic. These perceptions, filtered through the artist’s oneiric vision, open up multiple narrative and conceptual possibilities.

Armitage substitutes traditional Western linen or canvas with Lubugo, a form of bark cloth, as a substrate for his paintings. Lubugo is created by removing a thin layer of bark from the mutuba tree, which is subsequently beaten with a series of different mallets to form a thin, flexible material. Traditionally it is used as a burial shroud or in ceremonial clothing by the Baganda of southern Uganda, who historically developed it. Still used today, it now appears on the UNESCO Intangible Cultural Heritage List. Surprisingly, Armitage discovered Lubugo in a tourist store in Nairobi in 2010 and spent years developing an appropriate painting technique. The fissures and irregularities of the stretched Lubugo are incorporated into the texture and composition of his paintings, creating a dialogue between the artist’s practice and the cultural-historical meanings of the cloth.

Echoes of Western figurative painting and East African modernism can be identified throughout the series. Though Armitage hesitates to characterise his relationship to other artistic practices as ‘reference’—preferring to use the term ‘utility’—he has learned from a broad range of art historical sources. Adopting compositional structures and narrative strategies from these sources, he redeploys them in novel ways. For example, in The promise of change, contemporary imagery of Nairobi is in dialogue with the work of Spanish artist Francisco Goya (1746-1828) and Kenyan artist Meek Gichugu (born 1969).

Armitage was born in Nairobi, Kenya in 1984 and is now based between Nairobi and London, UK, where he studied. Accomplice will be on display from 8 February – 15 June 2020.

Norval Foundation is deeply grateful to the artist for the opportunity to collaborate and the generous support of White Cube (London and Hong Kong), Pamela Joyner and the ongoing support of the Norval family. We would also like to thank the Solomon R. Guggenheim Museum (New York), The Museum of Modern Art (New York) and the Nasher Museum of Art at Duke University (Durham). 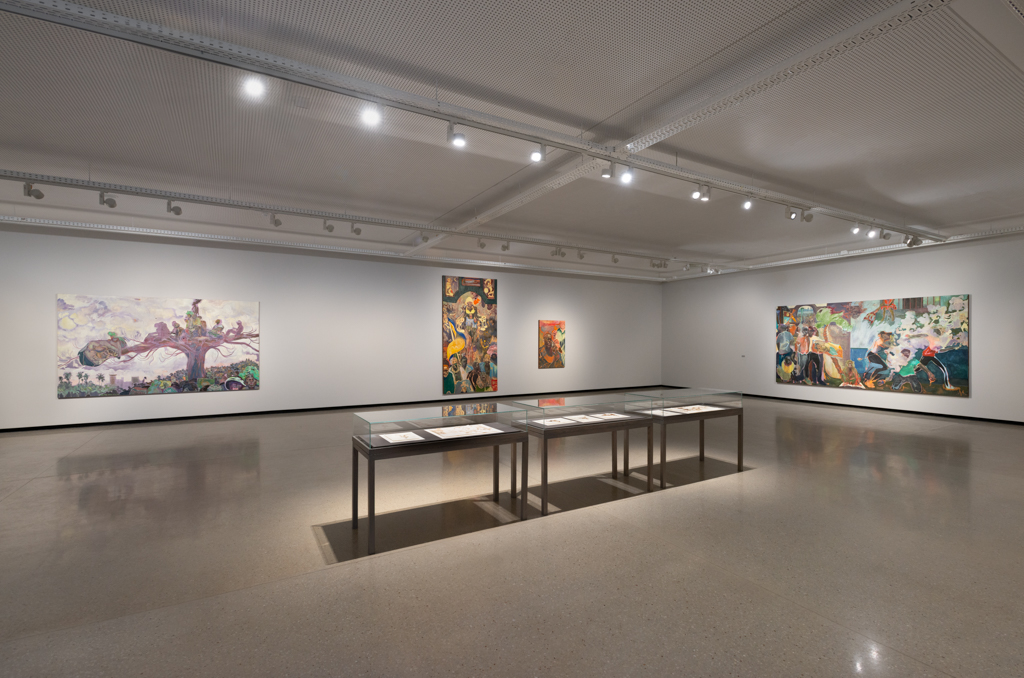 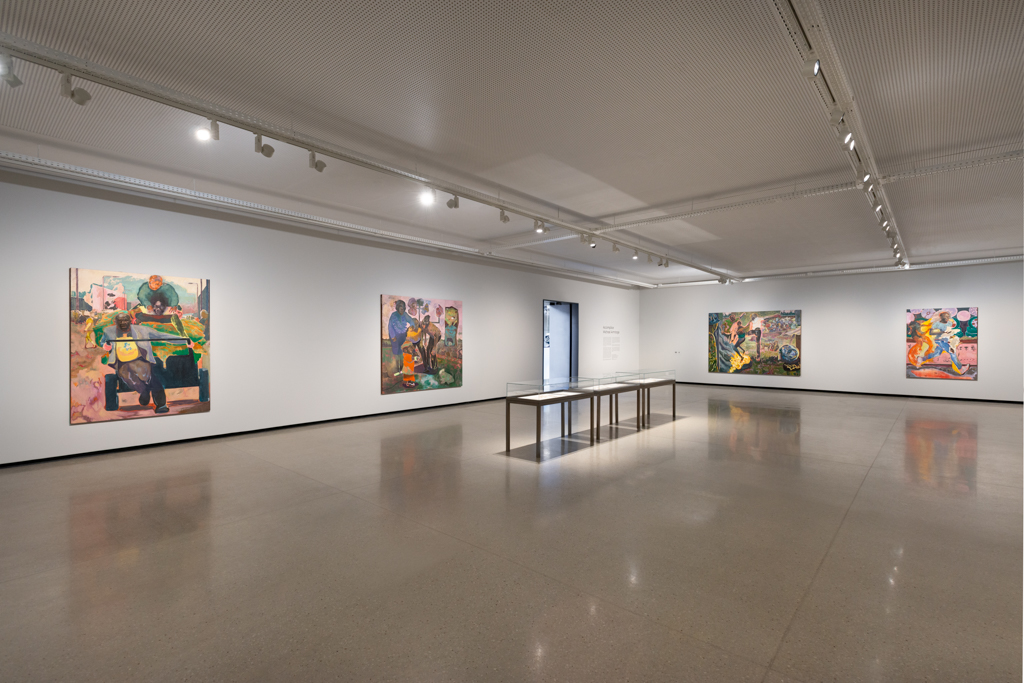 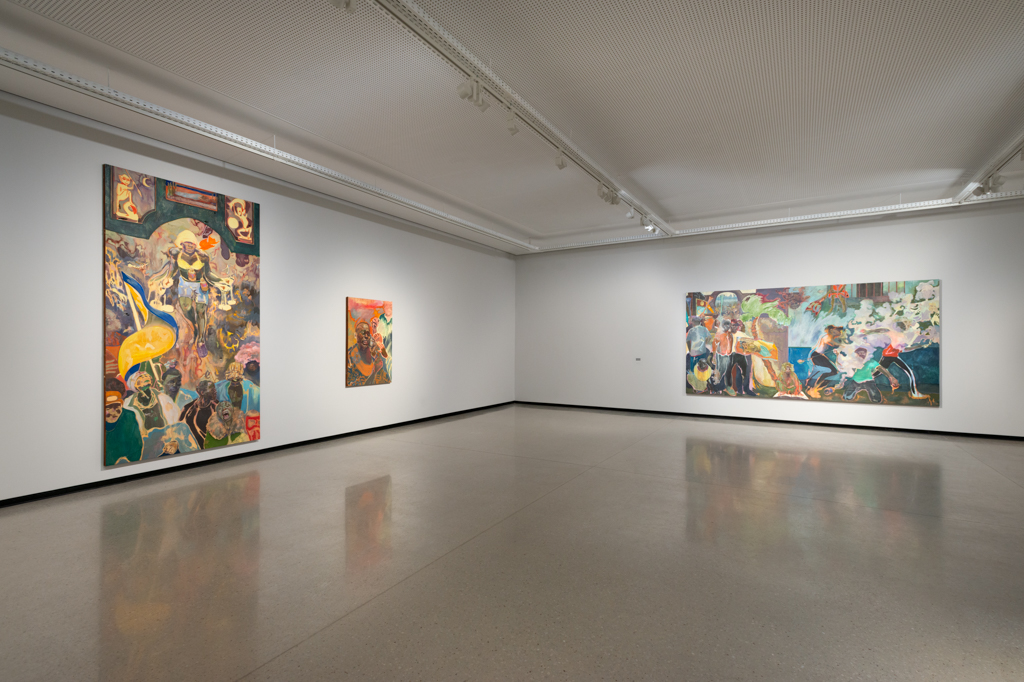