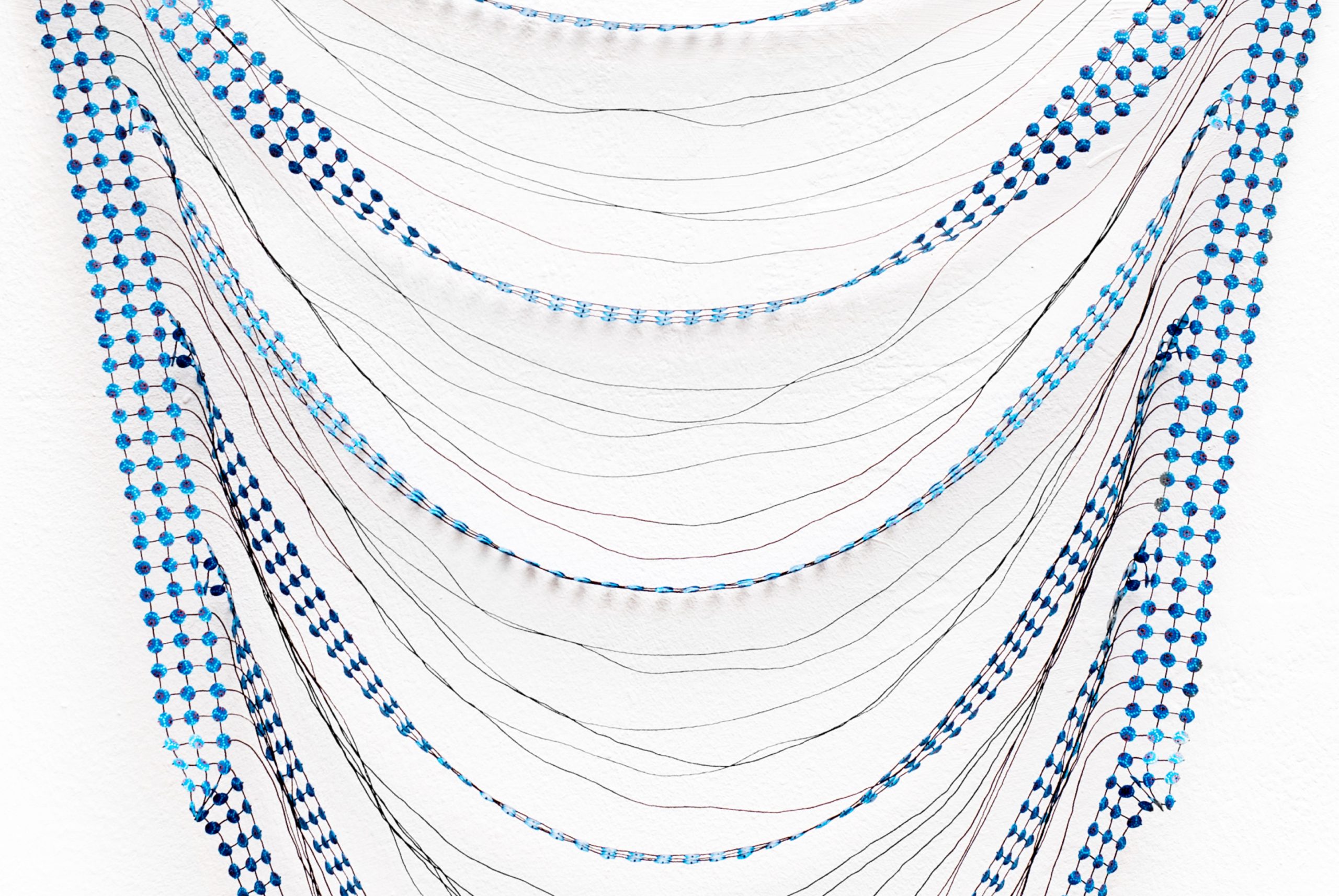 Norval Foundation is honoured to present Bonolo Kavula: Lewatle, a solo exhibition of the 2022 Norval Sovereign African Art Prize (NSAAP) recipient. Bonolo Kavula (1992) is a South African printmaker living and working in Cape Town, South Africa. In March of 2021, Kavula held her first solo exhibition, sewedi sewedi, at SMAC Gallery in Cape Town. Before winning the inaugural NSAAP prize, Kavula exhibited a body of work in December 2021 titled a re kopane ko thabeng, a Setswana phrase which translates into English as “let’s meet at the mountain”. The title of this body of work references the mountain as a sacred meeting place, thus imbuing Kavula’s abstract work with spiritual meaning. It was with her winning work Tswelopele (2021), that the artist began overtly emphasising geometric shapes and a play with variations of colour in her art-making practice.

Bonolo Kavula: Lewatle, curated by Candice Thikeson, uses the ocean (lewatle in Setswana) as a trope, with its metaphorical, conceptual and visual possibilities. Kavula’s visual language, born of printmaking, has come to be characterised by her meticulous placement of circular “discs”, mechanically punched from richly coloured shweshwe fabric, on intersecting lines of thread. Kavula creates minimalistic textile works of art, calculated in their structure, yet intuitive in their process of making and completion. The process of creating her works involves using wooden frames to fix lines of thread into grids which hold the circular shweshwe discs to be fixed with glue. Thus, she creates geometric patterns of coloured fields and open space – a process involving repetition in gesture which Kavula has described as meditative. The grids are ofen subsequently removed from their wooden frames and hung vertically against the wall. In her exhibition at Norval Foundation, Kavula will use the themes invoked by the ocean to further explore the possibilities of scale, movement and spatial presence, in part through experimentation with different methods of hanging.