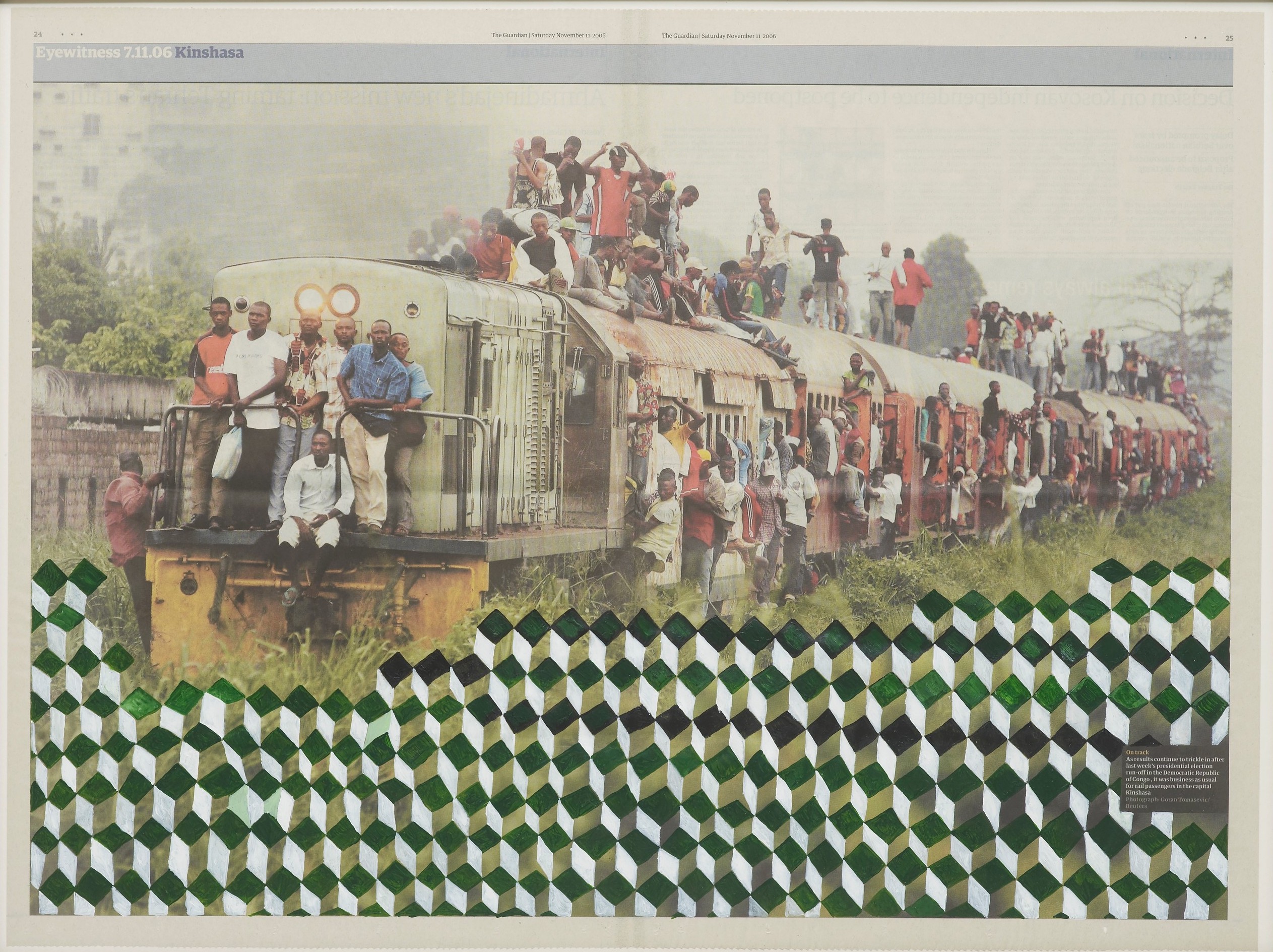 Mapping Worlds: Selected Works from the Scheryn Art Collection is part of Norval Foundation’s ongoing Collector’s Focus series, exhibitions and talks highlighting the divergent ways collections of visual art and design are assembled, managed, understood and engaged with by audiences. Initiated by the Foundation’s founding CEO, Elana Brundyn, this series draws upon a broad range of local, national and international collections, owned by private individuals, corporate entities and public institutions, to consider the impact of these collections on the practice of collecting and, more broadly, on shaping culture.

The fourth edition in this series, Mapping Worlds, focuses on the Cape Town-based Scheryn Art Collection, which was established in 2015 and is jointly owned by Dabing Chen, Herman Steyn and Piet Viljoen. These three collectors amalgamated the majority of their existing collections and began jointly collecting modern and contemporary work by artists from Africa and the African diaspora. The proposition of collaborative ownership departs from the majority of private collections, which are usually individually driven and often linked to the persona of a collector. Instead, in this instance, acquisitions are, according to the collection’s manager Brett Scott, debated by Chen, Steyn and Viljoen, who together consider the relevance of an artist’s practice, the art historical precedence for this practice, an artwork’s formal properties, the development of an artist’s career, and the wider socio-political context that a practice has emerged from.

When initially looking through this collection, a number of distinct subjects were quickly evident, including a concern with figuration and how it intersects with conceptions of identity or self; historical and contemporary modes of abstraction; and the intersections of satire and Pop art. Yet, as this process continued, the mapping of place also emerged as a recurring concern, with artworks translating the material world or abstract conceptions of space into two-dimensional images or three-dimensional form. Taking this concern as a guiding principle, Mapping Worlds brings together a series of artworks that offer strategies to understand and navigate our world in innovative and critical ways, or alternatively imagine a world distinctly different form our own. To tease out points of connection and dissonance, works of divergent media, and from distinct genres and time periods, are in conversation with one another. So, for example, David Goldblatt’s Saturday afternoon in Sunward Park, Boksburg, April 1979 (1979) is displayed in close proximity to Serge Alain Nitegeka’s Door Installation: Alternative Entry (2011), and Bronwyn Katz’s kx (ii) (2019) is seen alongside Dan Halter’s Hole in Zim/SA Border Fence (2017), to name a couple of groupings.

Mapping Worlds also links the practice of collecting to an historical interest of bringing objects together as a form of cultural cartography. In a Western context, one of the forerunners to the practice of publicly displaying private collections is the kunstkammer, or cabinet of curiosities. This room or cabinet emerged in 16th century Europe housing objects of natural history, geology, artefacts from antiquity, and two-dimensional as well as three-dimensional artworks. When the owner of a kunstkammer entertained guests, they were often shown the objects contained within, their cultural, biological and geologic histories and meanings being narrated by the owner, as well as their provenance, or how these objects came into the collection. As the kunstkammer brought together objects from a variety of disciplines and from across the world, it was often thought to be a microcosm, encapsulating the world’s diversity in a confined space. While this idea may seem at odds with our contemporary understandings of the multiplicity of cultures and complexities of biology and geology, it is nonetheless helpful in understanding the history of collecting as a way to spatially distil disparate geographies and cultures into a coherent statement – indeed it is perhaps one of its central concerns.

Norval Foundation would like to thank the Scheryn Art Collection for generously agreeing to participate in this exhibition, including Dabing Chen, Herman Steyn, and Piet Viljoen, and Collection Manager Brett Scott.