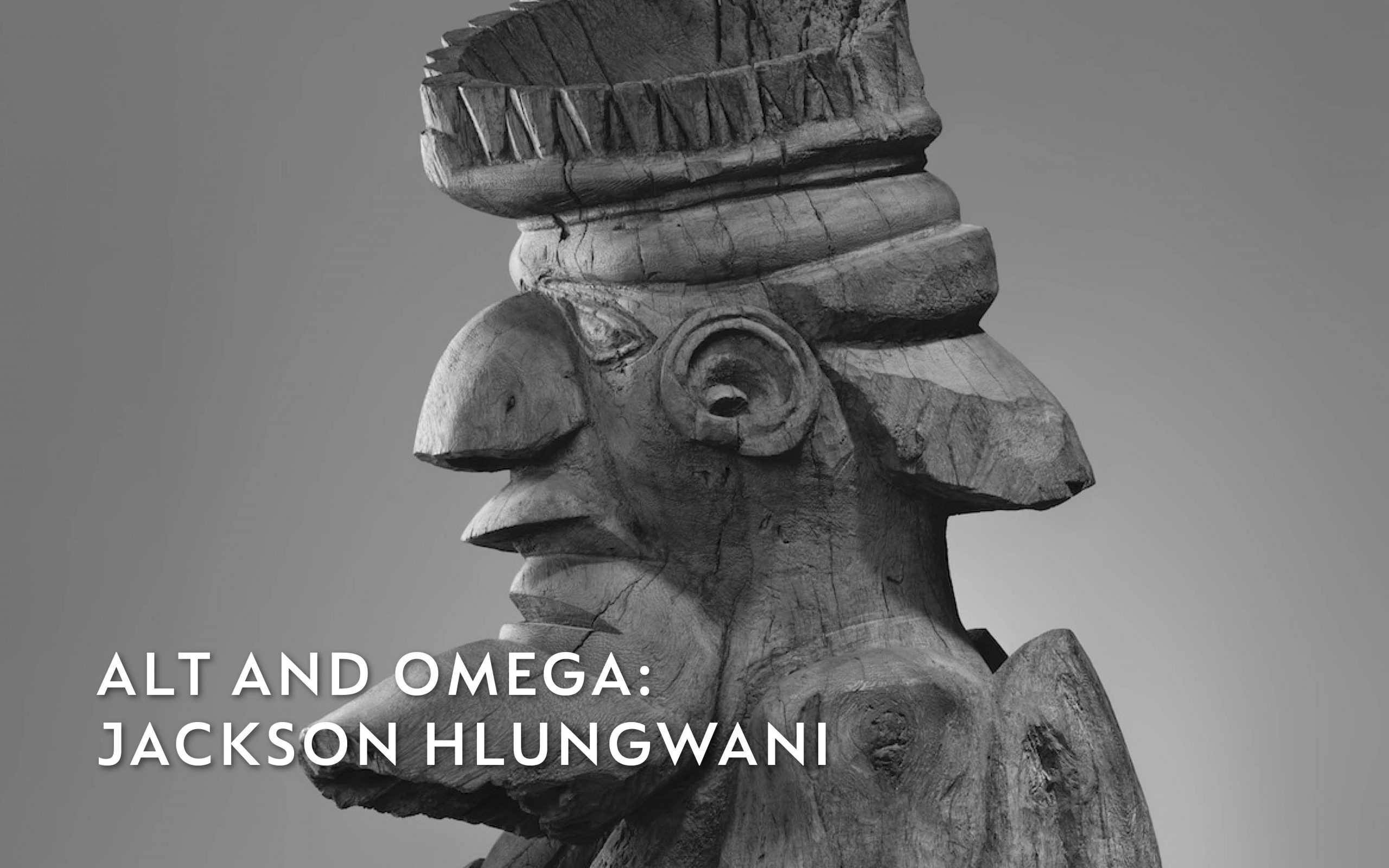 Jackson Hlungwani (1923 – 2010) was born into a XiTsonga-speaking family that prided itself as being part of a Shangaan warrior lineage. Growing up in rural Limpopo and northern Mpumalanga, he never attended school and, as a child, herded the family goats and sheep. When he was old enough his father taught him to carve, as his father had before him, transferring skills, familiar styles and underlying concepts common to the community.

In the 1940s, he travelled to Johannesburg to find work but returned to Limpopo after being retrenched. Also during this period, Hlungwani was ordained as a lay preacher in the African Zionist Church, which had links to the American-based Ethiopian Missionary Church.

In 1978, Hlungwani experienced a vision while in a deeply suicidal state brought about by longstanding painful lesions on his right leg. In this revelation, Christ and two figures appeared to him and made three promises – that he would be healed, that he would see God and that he would become a preacher. This vision was the defining moment of his life, and of his career as an artist.  Hlungwani became an independent preacher and formed his own church called ‘Yesu Geleiya One Apostle in Sayoni Alt and Omega’ and began creating his New Jerusalem site at Mbhokota in what was then Gazankulu.  Hlungwani embraced an independent African-based Christianity that looked back to early Christian antecedents in Ethiopia. This looking back at Ethiopia had played an important part in revivalist religious movements amongst Black communities in the United States of America, the Caribbean and in South Africa, emerging in the light of widespread resentment against racially segregated forms of European Christianity, even before apartheid was formalised.

Although he had completed some sculptures in the 1960s, Hlungwani’s artistic output and its complexity expanded radically during the 1980s, and so did his profile, both nationally and internationally.

Alt and Omega: Jackson Hlungwani honours this remarkable sculptor’s visual integration of thought systems from the Old and New Testaments with aspects of his Tsonga-Shangaan heritage, as well as his dynamic absorption of widely-sourced global influences. It presents his message of hope and reconciliation at a moment of great challenge.