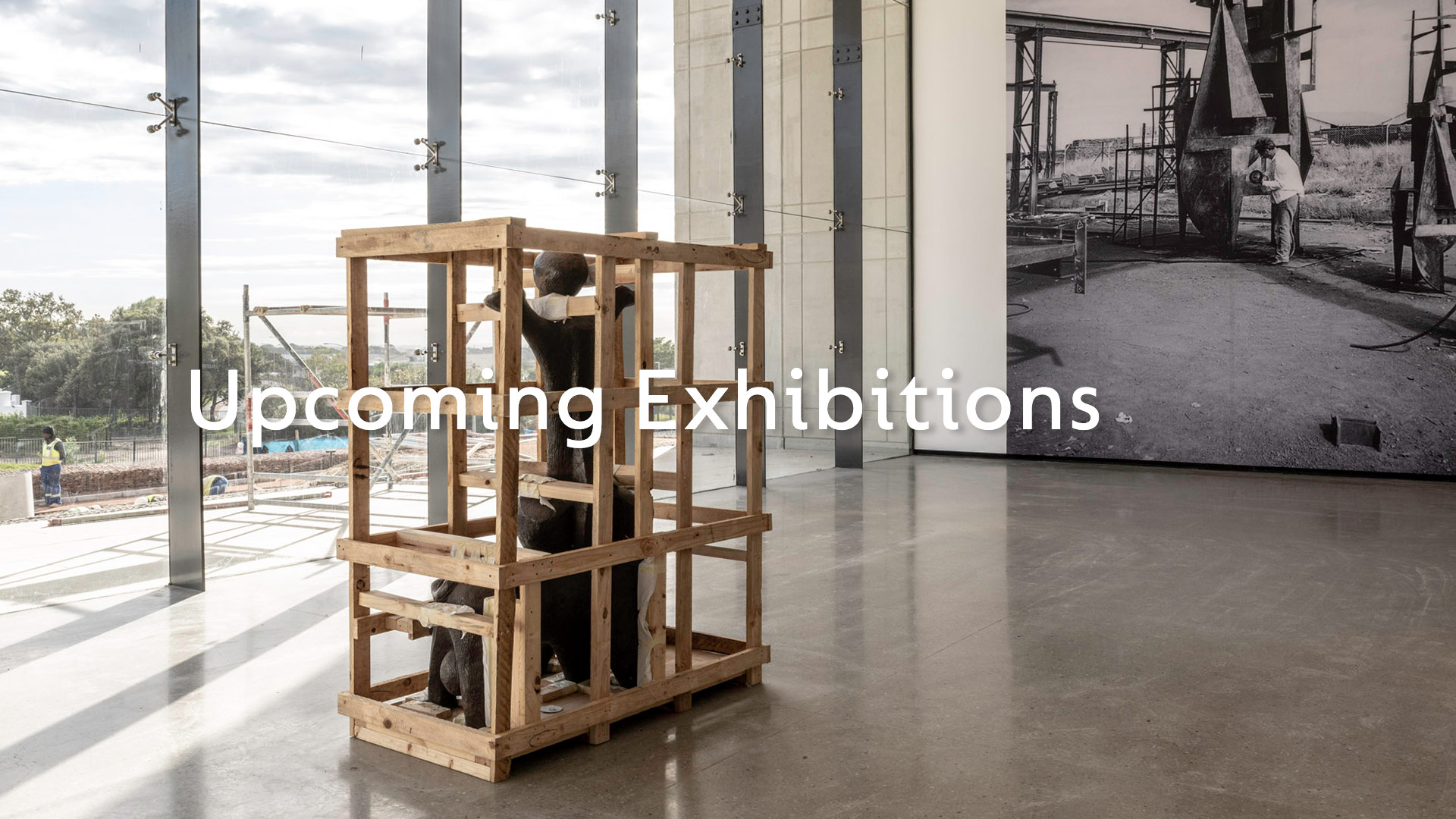 Norval Foundation announces Accomplice: Michael Armitage, an exhibition featuring the work of Kenyan artist Michael Armitage, on view from 8 February 2020 to 15 June 2020 in Gallery 1. The exhibition will include eight paintings and a series of preparatory ink drawings that have been created over the past two years following the 2017 Kenyan elections. Through this body of work, Armitage explores representations of the body politic, connecting images of contemporary East Africa to traditions of Western figurative painting. The Accomplice is organised by Owen Martin, Chief Curator and Talia Naicker, Curatorial and Collections Assistant, Norval Foundation.

Armitage, who is based between Nairobi, Kenya, where he grew up, and London, UK, where he studied, has recently gained international critical acclaim by major museums, curators, collectors and galleries. Testament to this is an upcoming solo exhibition at Haus de Kunst (Munich, Germany) next year and previous solo exhibitions at the Museum of Contemporary Art Australia (Sydney, Australia), Fondazione Sandretto Re Rebaudengo (Turin, Italy), South London Gallery (London, UK), Turner Contemporary (Margate, UK) and Berkeley Art Museum and Pacific Film Archive (San Francisco, USA). He has been included in group exhibitions internationally, including The Elaine Dannheisser Projects Series at The Museum of Modern Art (New York, USA), 2019 Venice Biennale (Venice, Italy), Prospect.4 (New Orleans, USA) and the 2015 Lyon Biennale (Lyon, France). Additionally, Armitage has had numerous commercial exhibitions.

Instead of canvas or linen, the paintings included in the exhibition at Norval Foundation are completed on Lubugo cloth, which is crafted from the bark of the mutuba tree in southern Uganda. A textile developed by the Baganda people, and designated a piece of oral and intangible cultural heritage by UNESCO, Lubugo is created by removing a thin layer of bark from the mutuba tree, which is then beaten with a series of mallets to form a thin, flexible material. Traditionally used as a burial shroud and for ceremonial clothing, and therefore invested with complex cultural meanings, it was adopted by Armitage after he discovered it in a tourist store in Nairobi in 2010.

Accomplice: Michael Armitage will be accompanied by a fully illustrated publication, edited by Sandra Dodson and Owen Martin with graphic design by Daniel Rautenbach. The publication will feature two essays. 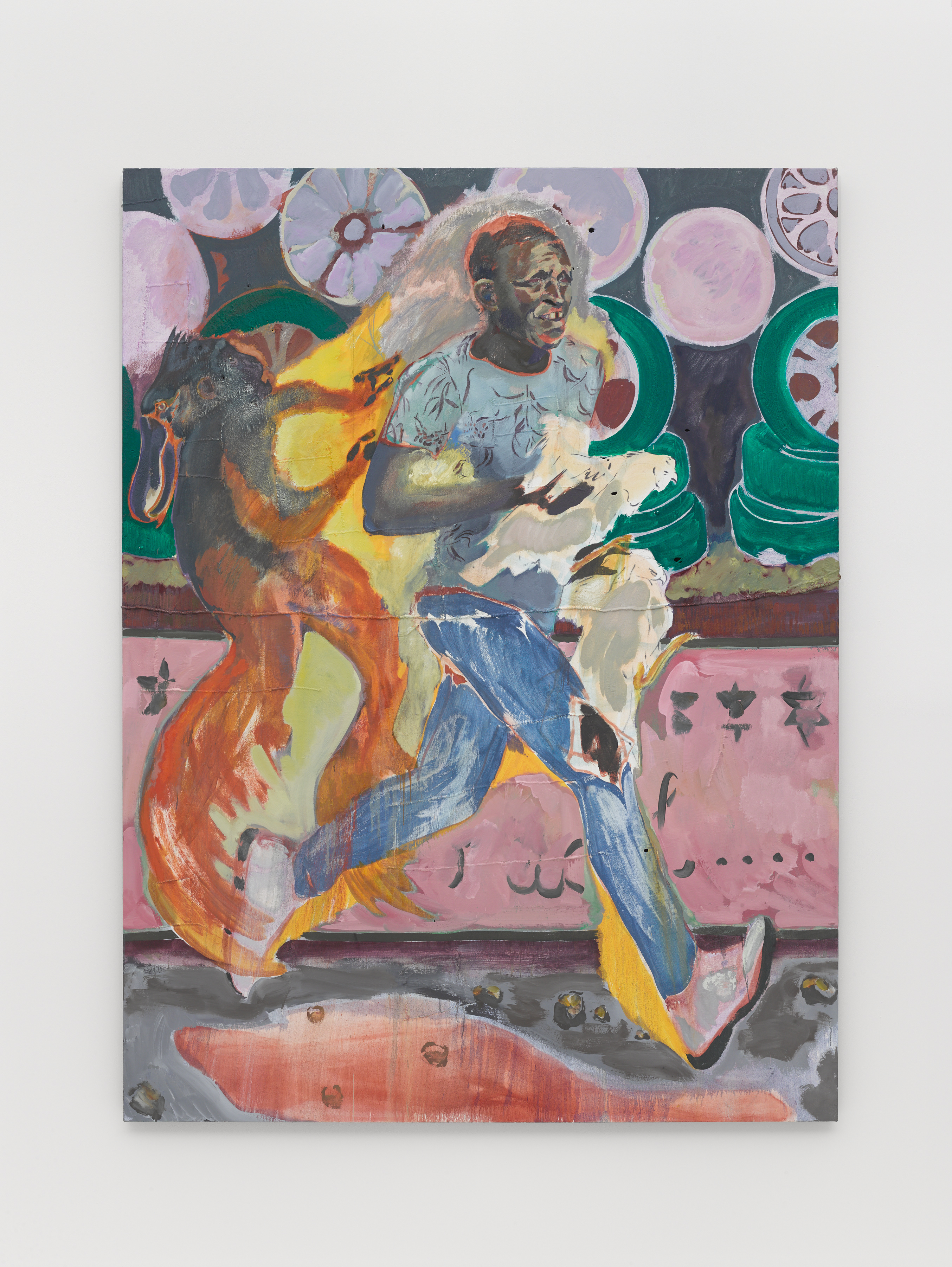 Courage is as Contagious as Fear: Selected works from the Hoosein Mahomed Collection

Concert in response to the exhibition: Saturday, 29 February 20:30

Courage is as Contagious as Fear: Selected Works from the Hoosein Mahomed Collection is part of Norval Foundation’s ongoing Collector’s Focus series of exhibitions and talks highlighting the divergent ways collections of visual art and design are assembled, managed, understood and engaged with by audiences. Initiated by the Foundation’s Founding CEO, Elana Brundyn, this series draws upon a broad range of local, national and international collections, owned by private individuals, corporate entities and public institutions, to consider the impact of these collections on the practice of collecting and, more broadly, in shaping culture.

Courage is as Contagious as Fear presents a selection of works from the collection of entrepreneur and advocate Hoosein Mahomed. Beginning with his first acquisition in 2007, Mahomed has established himself as a collector by acquiring works by prominent mid-career and established contemporary South African artists, as well as supporting younger artists at the beginning of their careers. Mahomed finds the acquisition process to be an acutely personal exercise, noting, “I think it’s not so much about collecting objects. It’s really about collecting memories. And it starts as one delves very deeply within the individual self, in order to begin the process of relearning and unlearning oneself through images”.

Mahomed’s collection is deeply connected to his personal experiences of growing up in a divided South Africa and the changing ways that identity politics have been investigated in the visual arts. A distinct shift has taken place since the mid-2010s, with a dissatisfaction and challenge to the status quo being led by younger South Africans, and Mahomed’s collection is reflective of this shift.

He uses collecting as a process of exploring the multiplicity of individual as well as collective experience. This selection, made with input from the collector, highlights artworks that challenge society’s norms around sexual identity, queer culture, the church and state, race, class, moral expectations, and the osmosis of power and oppression. Mahomed has been acquiring works by artists who challenge preconceived or assumed conceptions of identity, as a celebration of their existence. From matrimony to bondage, fear to courage, celebration to assimilation, we are provided with a glimpse into the self-understanding of a mutable – but nonetheless triumphant – South African experience.

Courage is as Contagious as Fear is curated by Daniel Rautenbach and runs from 8 February 2020 to 21 April 2020 in Gallery 9.

Accompanying the exhibition will be a musical performance in response to the exhibition, composed by Bongani Ndodana-Breen, whose artistic practice resonates with the concerns in this exhibition. The title is taken from Susan Sontag’s Óscar Romero Award Keynote Address, ‘On Courage and Resistance’, which took place at the Rothko Chapel (Houston, USA) on March 30th, 2003.

Norval Foundation would like to thank Hoosein Mahomed for generously agreeing to participate in this exhibition; Bongani Ndodana-Breen and the Radcliffe Institute at Harvard University (Cambridge, USA) for their support of the performance; and the Norval family for their ongoing support.