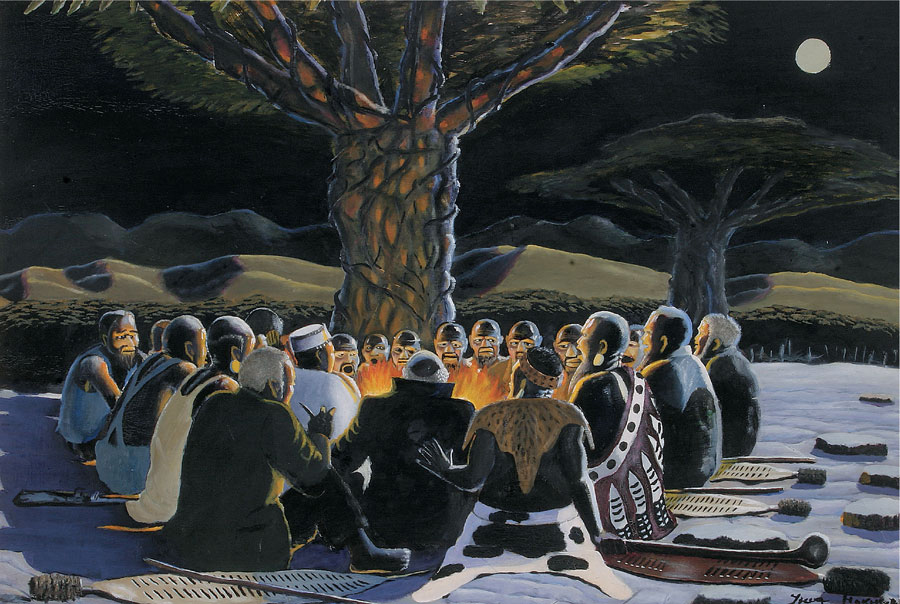 Inheritors of an earlier naturalist tradition of painting, Makhoba, Pemba and Sibisi developed a graphic urban style that tested and strained the bounds of realism in their depiction of familial bonding, spiritual practice, shared pleasure, social upheaval and political action. Despite significant overlap in style, subject and theme, Makhoba, Pemba and Sibisi have not been grouped together before in a dedicated exhibition.

Congress is purposefully an exhibition about artistic lineages, in particular the tradition of urban realism in South African painting, and the centrality of the human figure in this tradition. But, principally, Congress is an exhibition about the everyday situations that Makhoba, Pemba and Sibisi habitually opted to depict: scenes of family and community, congress and mutuality.

Emerging out of two distinct regional localities with their own histories of painting — Pemba from the Eastern Cape, and Makhoba and Sibisi from KwaZulu-Natal — Congress looks at their shared interest in depicting people gathered in verifiable places like trains, taxis, private homes, taverns, churches, beaches, hospitals, urban streets and rural fields, engaging in acts of community, faith and solidarity in the face of social upheaval.