Born in the Karoo town of Somerset East in the Eastern Cape, Battiss’ family name was well-known in the area. His great-grandfather was a Royal Engineer and was responsible for planting Somerset East’s famous Oak Avenue. Between 1914 and 1917 Battiss’ parents ran the Battiss Private Hotel in a double-storied building in Paulet Street. In 1981 this building became the Walter Battiss Art Museum.

The Battiss family moved to Koffiefontein in 1917 where an 11-year-old Battiss became interested in archaeology. He discovered petroglyphs, cave paintings and rock art which inspired a life-long fascination, respect and influence. 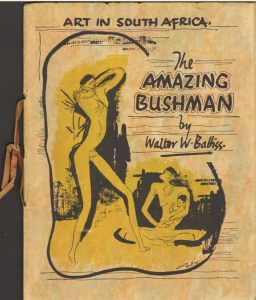 ‘The Amamzing Bushman’ published in 1938

In 1929 Battiss began his formal art training at the Wits Tech Art School. He then went on to qualify as a teacher at the Johannesburg Training College. Battiss worked as a magistrate’s clerk as he continued his studies and finally obtained his Bachelor’s Degree in Fine Arts at UNISA in 1940 at the age of 35. He taught at the Pretoria Art Centre for years and later at UNISA as a professor of Fine Art.

In 1937 Battiss became a founding member of the New Group, a group of young South Africa artists who questioned and resisted against the conservative values of the South African Society of Artists. Other members included Gregoire Boonzaaier, Lippy Lipshitz, Frieda Lock, Cecil Higgs and Terence McCaw. 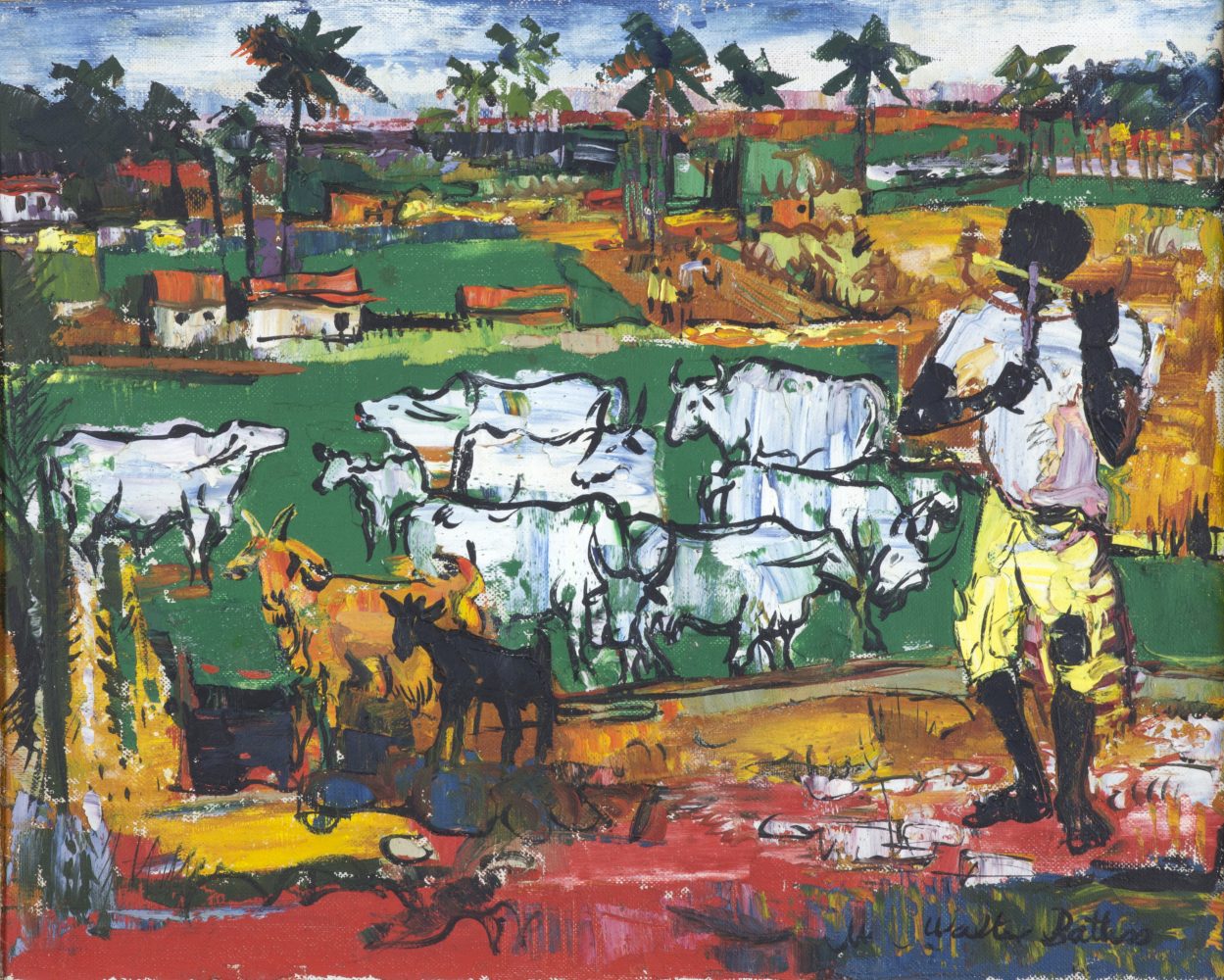 Initially, Battiss’ work was more realistic in style, but around 1940 his work took on a more “hieratic, symbolist character”. Several years later the influence of Pablo Picasso and Gino Severini became evident in his work — he befriended the artists when he exhibited in Italy in 1949.

Battiss’ trips to Greece and Seychelles in the 1960s and 70s led to the creation of his imaginary world of Fook Island, complete with people, plants, creatures, history and map. 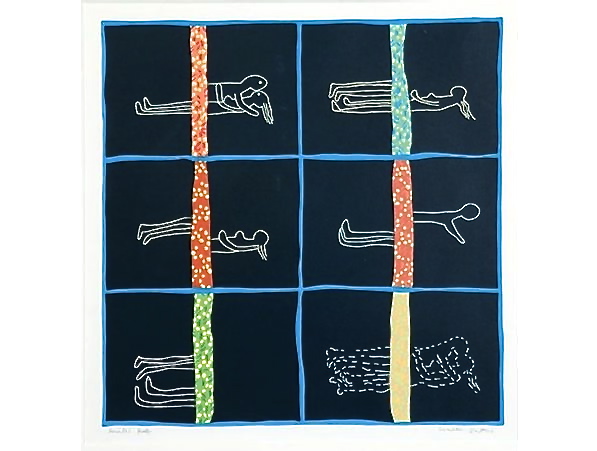 Throughout his life and artistic career, rock art and San painting remained as Battiss’ most significant artistic influences, along with Ndebele beadwork, pre-Islamic cultures and calligraphy.