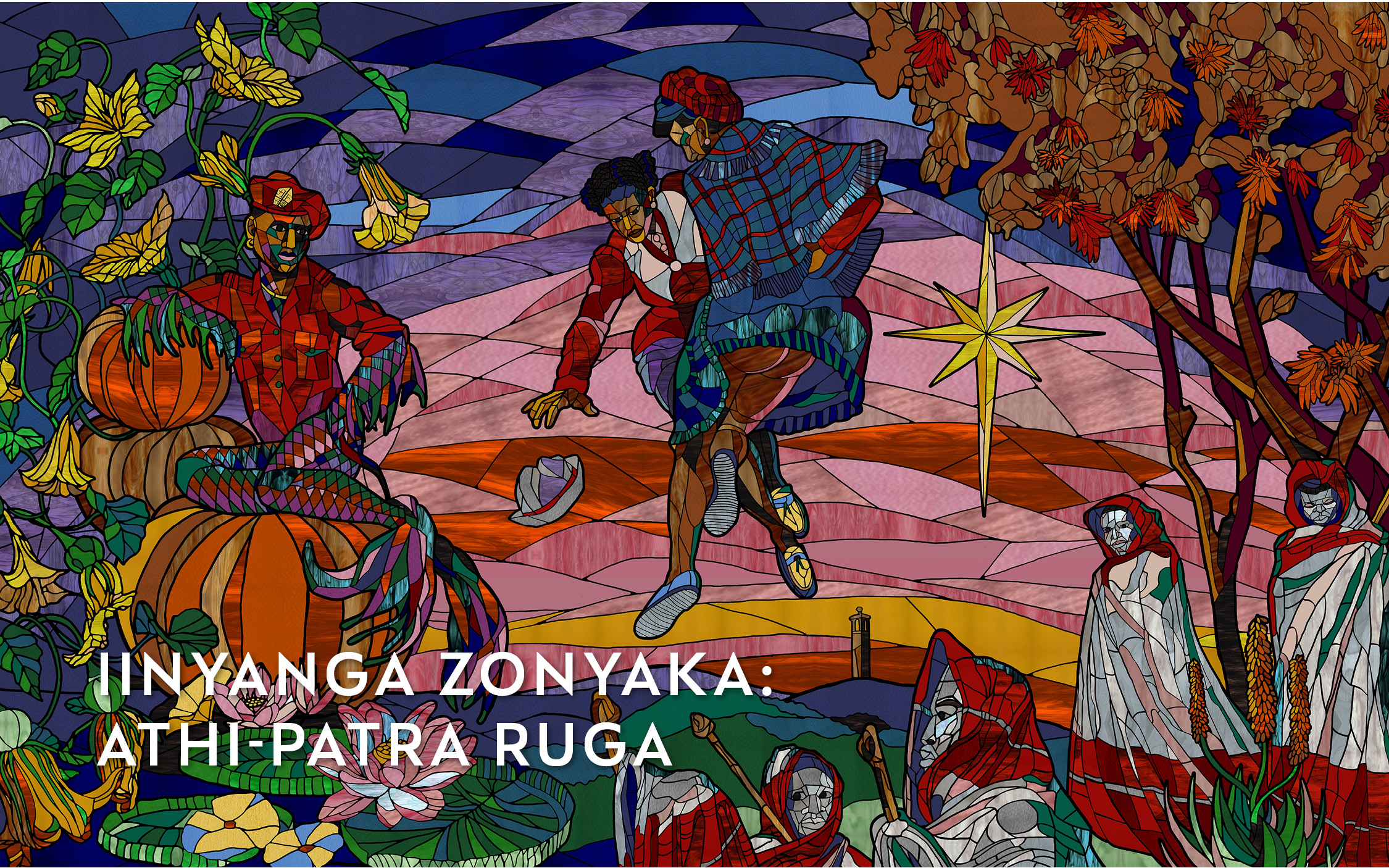 Athi-Patra Ruga, born in Mthata, Eastern Cape in 1984, uses myth, of his own invention and in public circulation, in order to respond to contested histories as well as the contemporary context. Ruga creates “avatars” and alternate realities as a means to view the traumas of colonial history without the obstruction of personalised grief and subjective defensiveness. He uses these constructed narratives as a lens to process the past, to critique the present, and to propose humanist visions of the future. He lives and works between Cape Town and Hogsback, Eastern Cape.

In the first iteration of Athi-Patra Ruga’s iiNyanga Zonyaka — The Lunar Story Book — his story world takes the form of a window vinyl, permeating the space like the mouth of the universe, opening out of the atrium. Inspired by the stained glass of a church, the translucent film depicts a visual narrative which cross-pollinates through various time zones.

The central figure of Ruga’s story world, Nomalizo Khwezi, draws from the Lovedale Press collection. Established in 1823 in Alice, Eastern Cape, the printing press was founded to promote African literature. The avatar was inspired by Noni Jabavu, born in the Eastern Cape in 1919. She was a journalist and writer, publishing autobiographical books, and was one of the first Black, African women to pursue a successful literary career. The name Khwezi is a reference to the planet Venus, the ‘Morning Star’, named iKhwezi in isiXhosa. It is also a reference to human rights activist Fezekile Ntsukela Kuzwayo under the alias ‘Khwezi’, who pursued charges against Jacob Zuma in 2005, before his presidency, for raping her. Despite the alias, she was victim to backlash and harassment from the public. As a result Khwezi was forced into exile, returning in 2011. The narrative also derives from Ruga’s own lived experience between the Eastern Cape and Cape Town. Nomalizo is mythical and real, she embodies all these intersections of her duality as iqaba (‘the red people’, adherents of traditional Nguni cultures) and negqoboka (Christianised, modernized Africans).

The location of Ruga’s story world is Azania, a reference to Azania as the land of metaphor and ambition, and a sacred revolution. In Hebrew it means God is listening or God listens. It is an alternative name for South Africa, proposed in the time of apartheid by supporters of majority rule for the country. Ruga’s story world interrupts linear historical understanding, blurring mythology and reality by presenting us with counter-narratives and a cosmological recounting of time. Time as a cosmological recounting is etched onto the windows as visible light, invoking propagation and intensity, and absorbed as frequencies and wavelengths, expressed inside the atrium like a hymn in the book of Psalms. The viewing experience is like gazing into the South African rainbow and noticing the fracture, the distortion, the erasure, the violence, the fallacy, and the silences. Between the blue hues, the seas of green, the ochre reds, the sunlit yellows and earth browns, we are made to realise that plants are a sacred symbol. EyeKhala, the month of the Aloes is fierce, war-like, medicinal and beautiful. EyeThupha, the month of budding flowers, is the awakening. EyoMsintsi, the month of the coast coral tree, is royal, medicinal and powerful. The seasonal plants are umlibo (genealogy), tracing Nomalizo’s lineage thus providing us with a doorway to the past and as well as acting as a connection to the present and future. Light travels as a constellation of seasonal transitions and a procession in time. Through the vinyl we enter into myth which transforms reality, thus we are presented with counting time in a way that centres Black, femme and queer narratives. 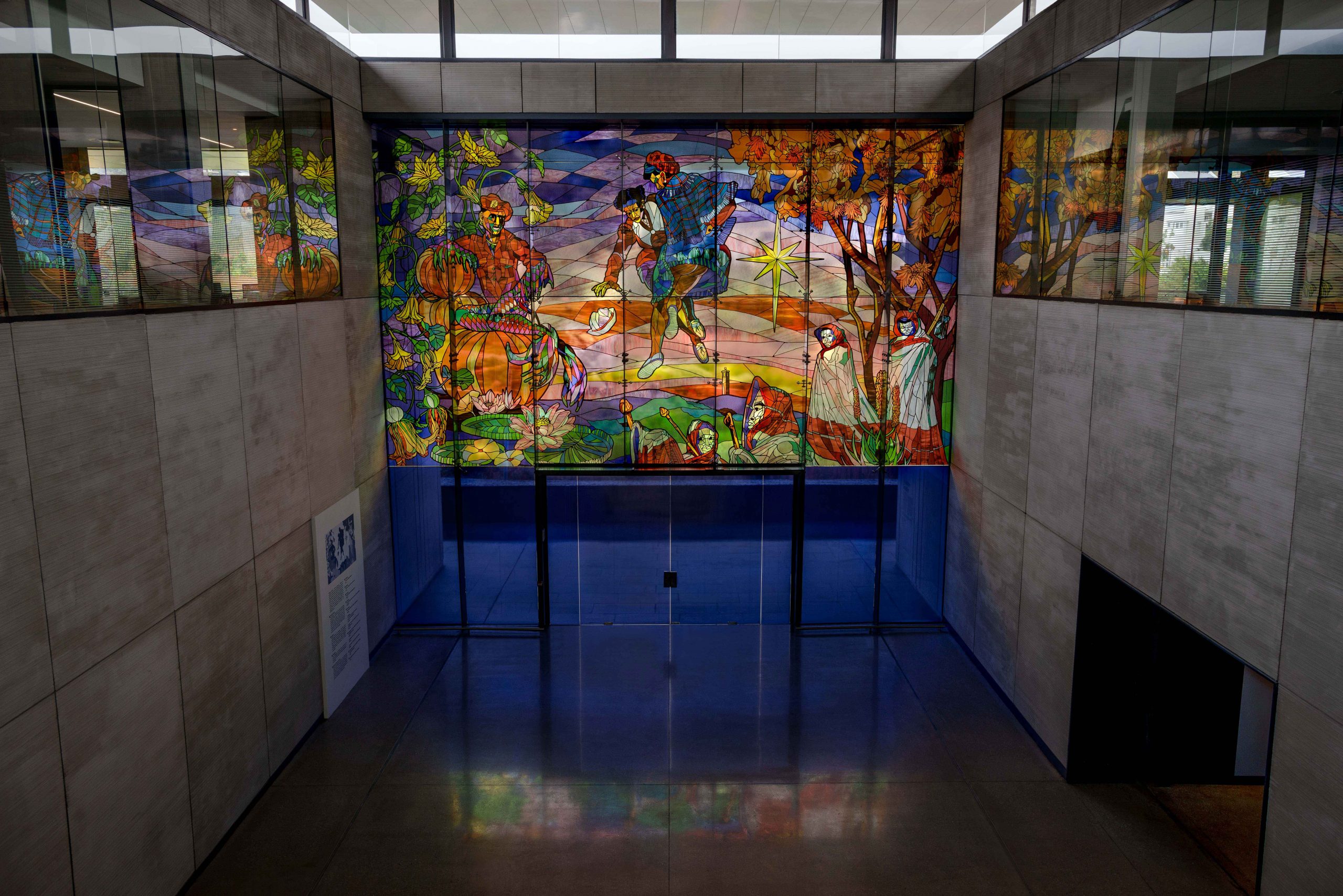 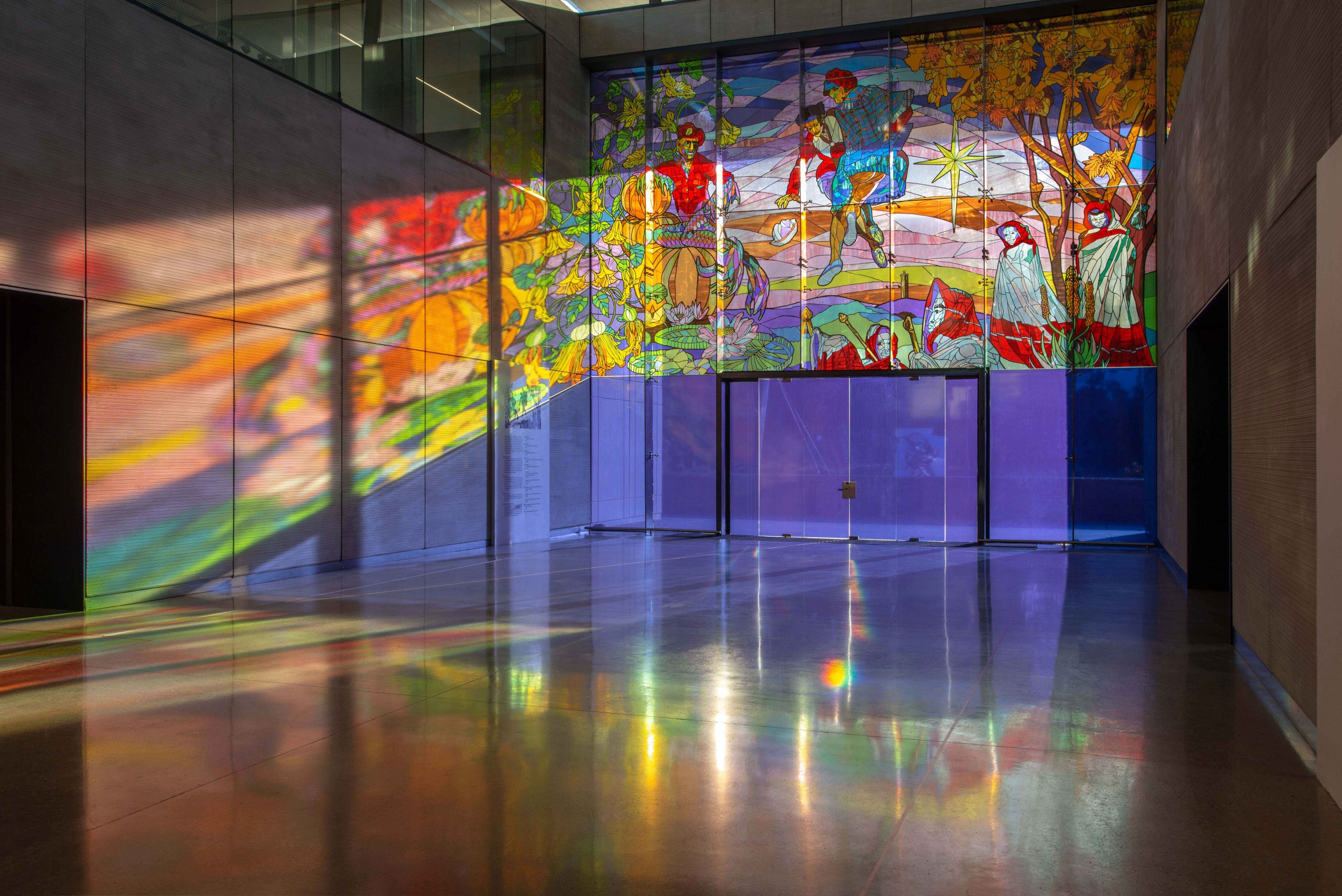 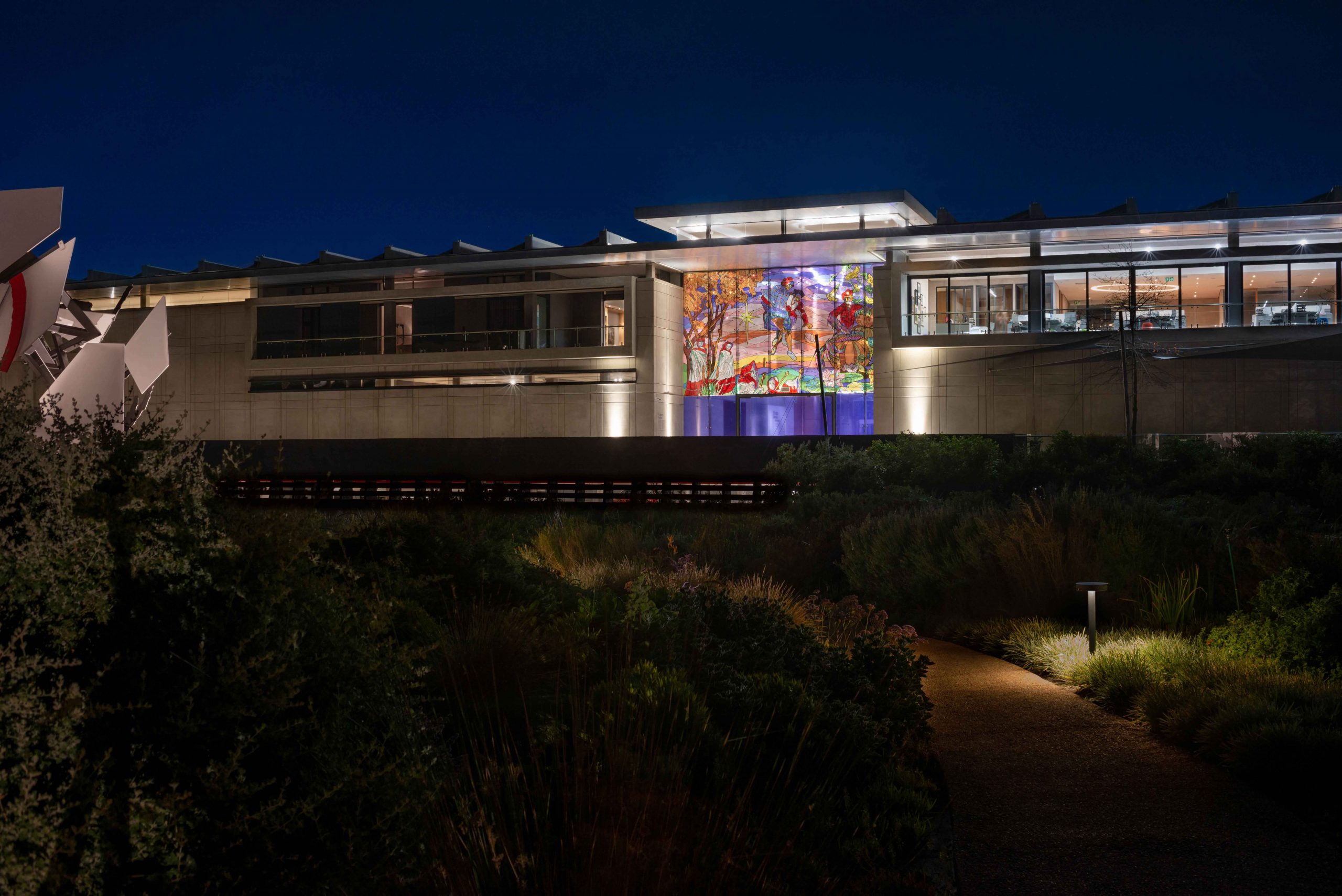 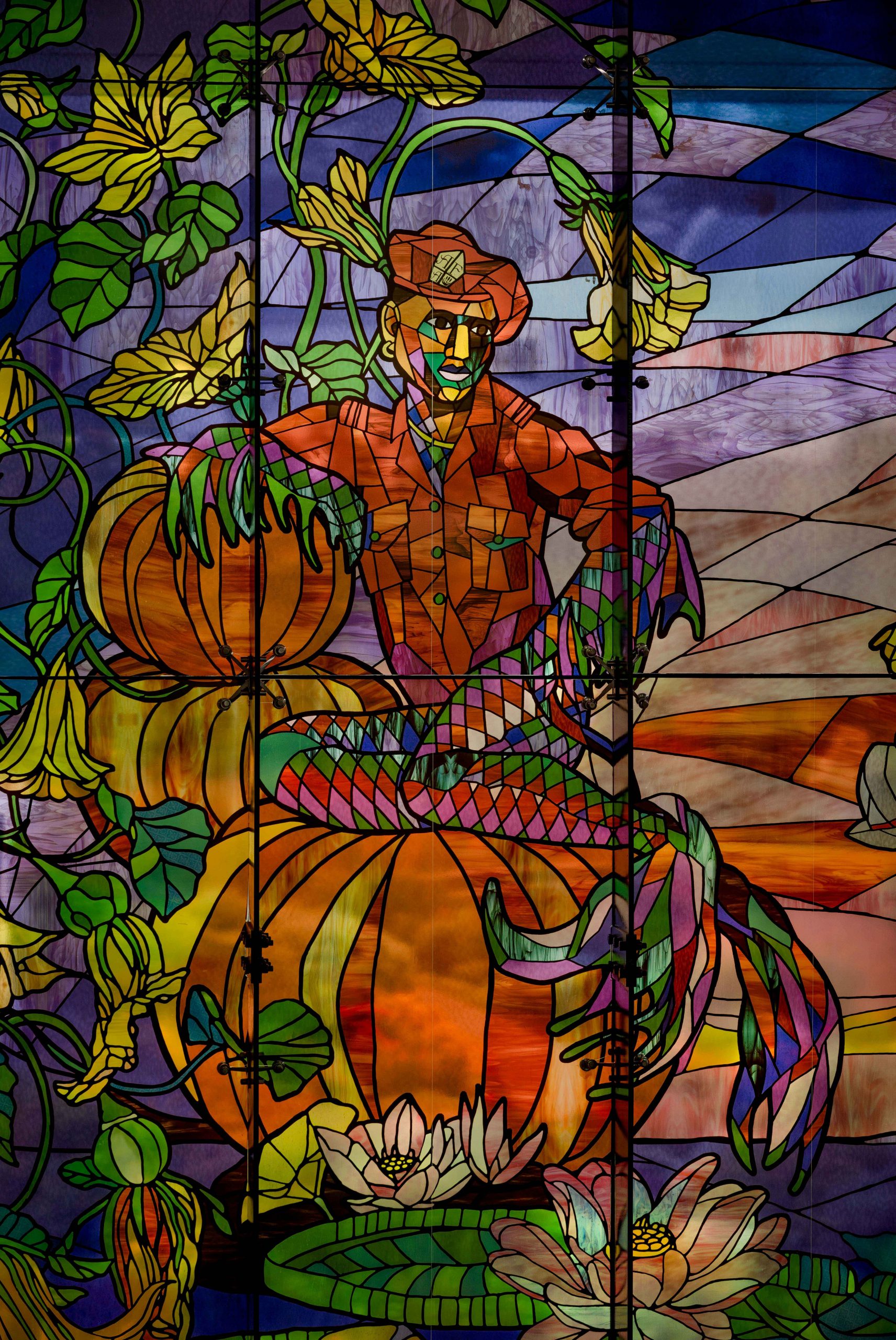 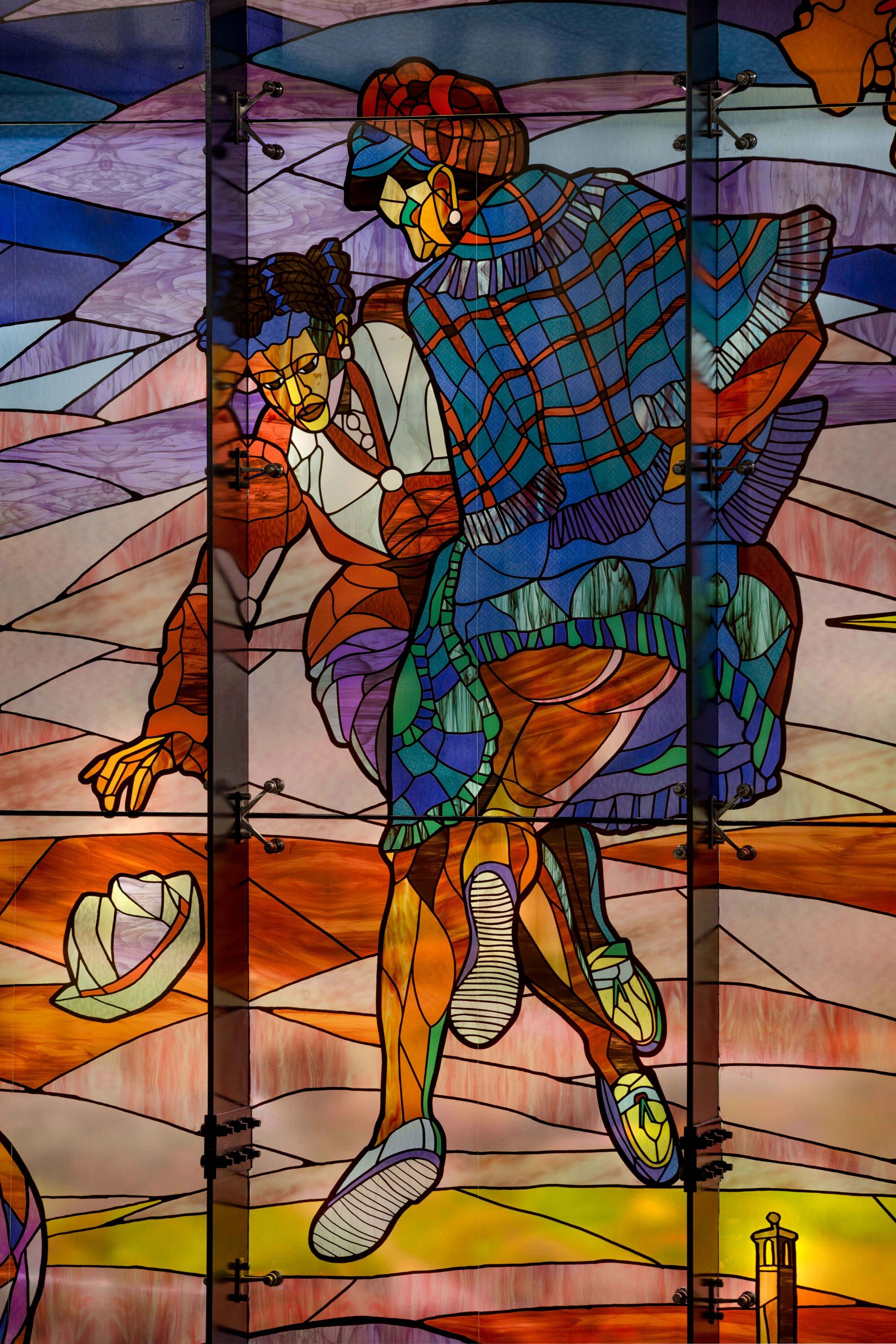 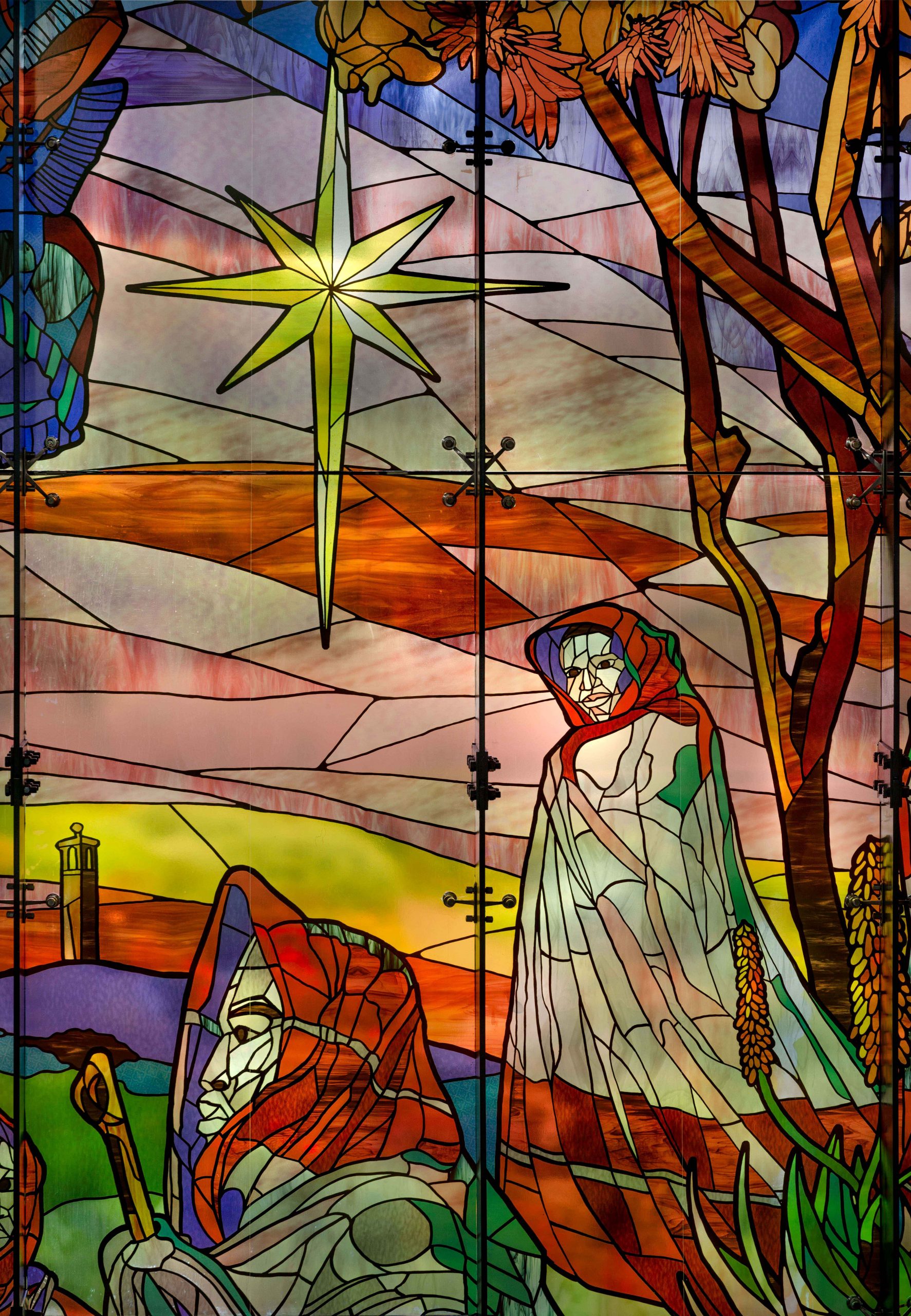