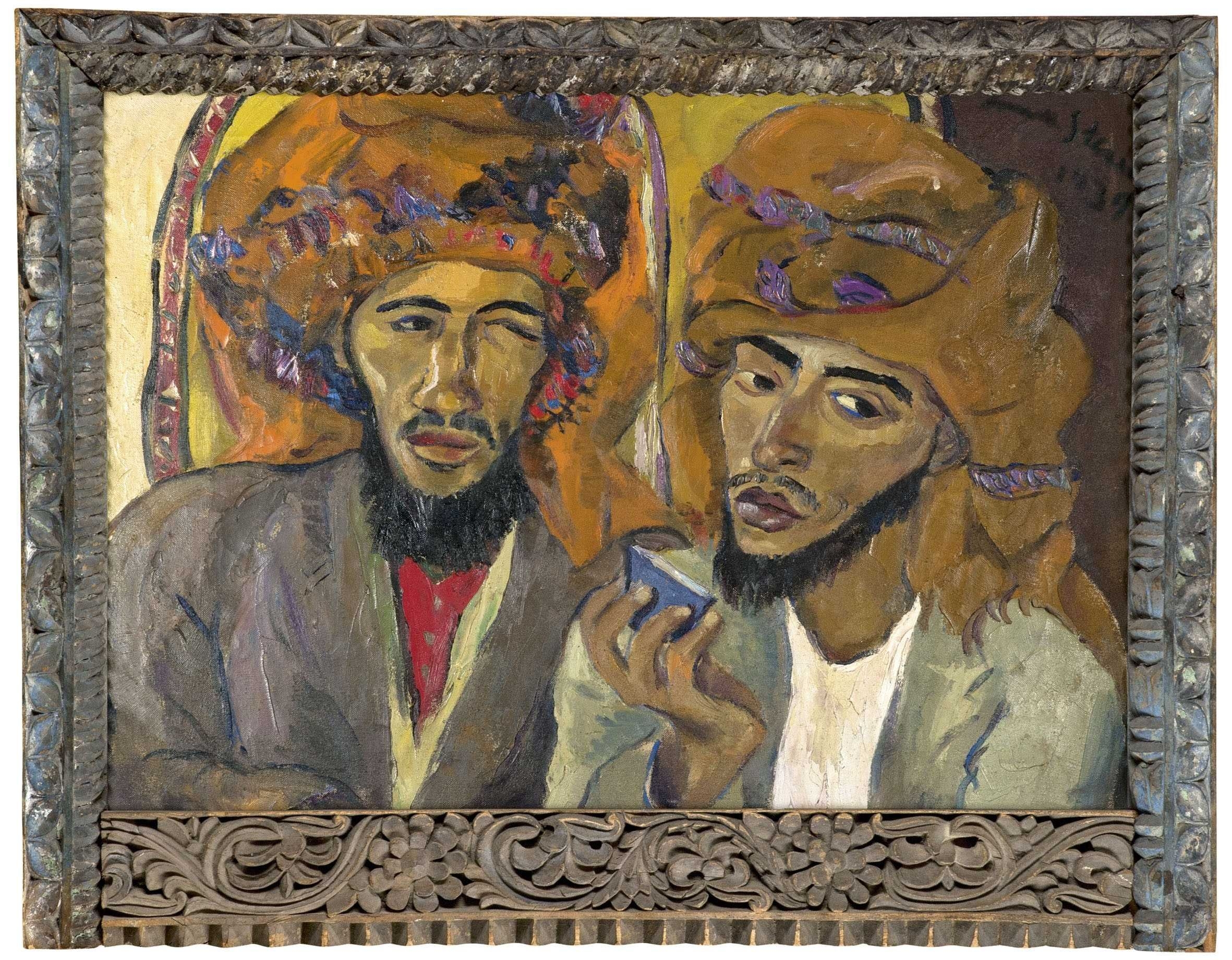 Irma Stern: The Zanzibari Years focuses on a small body of significant works produced by Irma Stern during her two stays in Zanzibar and the period surrounding 1939-1945. This exhibition will be the first time in nearly 40 years that a body of these Zanzibari works, considered among her finest, are exhibited together.

The paintings from her time in Zanzibar consist primarily of portraits of Arab imams and men at prayer or in groups at the mosque but also include portraits of fathers and sons, sheiks, merchants and fishermen as well as a striking series of Zanzibari women from Arabic, Indian, Bohari and Swahili communities. These women have been captured dancing at marriage celebrations, in quietly meditative states or engaging directly with Stern as a painter. A number of sumptuous still lives also date from this period, as well as a handful of paintings of Arabic architecture and private walled gardens.

The body of work is hallmarked by a series of powerful portraits with an immediacy that reflects the mutually focused engagement between Stern and her sitters. Her heavily-laden brush deposits swathes of colour and a tracery of mark that evokes at times the sweep and syncopation of Islamic calligraphy. The calligraphy that she encountered in the carved cartouches of the lintels of Zanzibari doors and the Islamic manuscripts which she collected, affirmed and liberated her mark-making. The boldness of her impasto brushwork results in a tangible embodiment of her sitters and their contexts, such that her decision to frame the works using fragments of Zanzibari doors feels completely in keeping. The distinctive frames, made of lintels, bosses and decorative door edgings, read as windows or architectural framing devices that evoke a spirit of place.