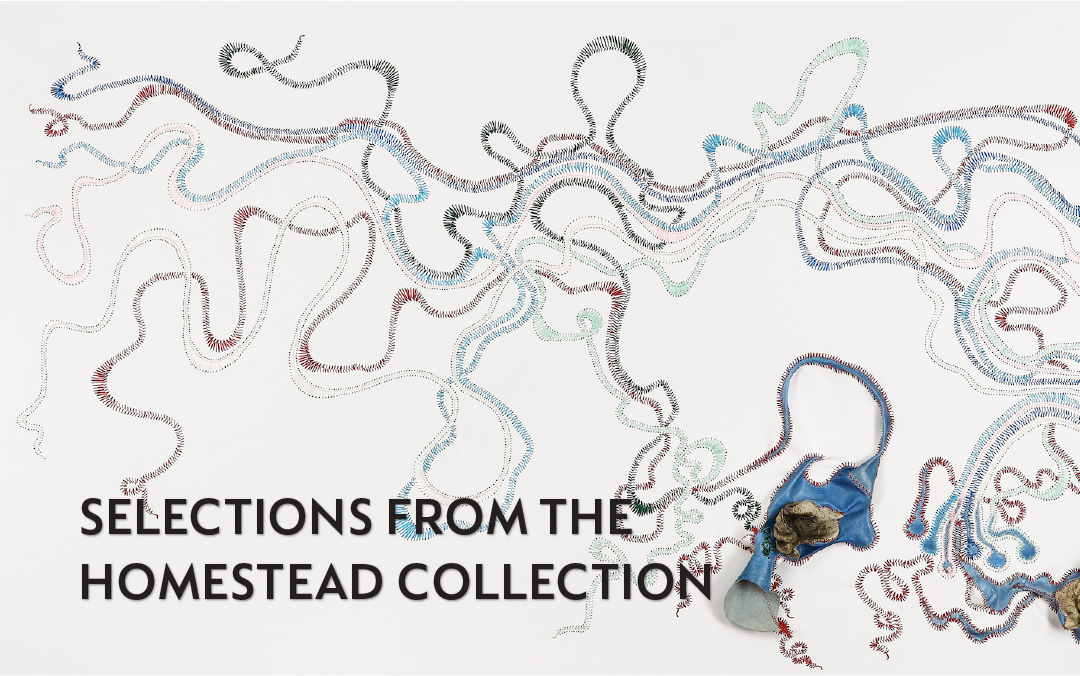 Selections from the Homestead Collection

The Homestead Collection, housed at Norval Foundation, comprises of an extensive collection of artworks by twentieth-century South African artists, and a growing collection of artworks by contemporary artists on the African continent and a part of its diaspora. Selections from the Homestead Collection is an opportunity to share a number of recent acquisitions, while reflecting on the range of artists, artistic practices and artistic periods within the collection at present. Schematically, Selections from the Homestead Collection displays pairings of two artworks by eleven different artists whose works form part of the collection, along with a few inclusions of loaned works. Among these artists are twentieth-century figures like Dumile Feni and Ezrom Legae, known for their drawings which predominantly explore the human form with simplistic yet accentuated use of line and an emphasis on shapes. Some of the contemporary artists in the exhibition include figurative painters like Michael Armitage and Brett Charles Seiler as well as artists such as Bronwyn Katz and Nicholas Hlobo, whose artworks, through their abstract quality, place an emphasis on materiality. Each of the selected artists’ works are displayed side by side, inviting viewers to read the works in relation to each other. In some instances, this framing draws parallels in the individual artist’s subject matter and varying periods or progressions in their artistic practice. While in other contexts, it invites viewers to engage with the nuances, and even contrasts within the scope of their work.

While the subject matter in the show varies from socio-political content to explorations of forms of intimacy, there are apparent themes which run throughout the exhibition and tie various works together. Several artists included in this exhibition explore figuration directly, through figure studies, representational paintings and carvings. Others suggest human presence through objects which reference bodies, are suggestive of bodies or spaces which invite bodies in. In Selections from the Homestead Collection artworks are thus both representational and abstract, with many of the artworks existing on a continuum between representation and abstraction. Materiality and mark-making are thus significant throughout the exhibition.