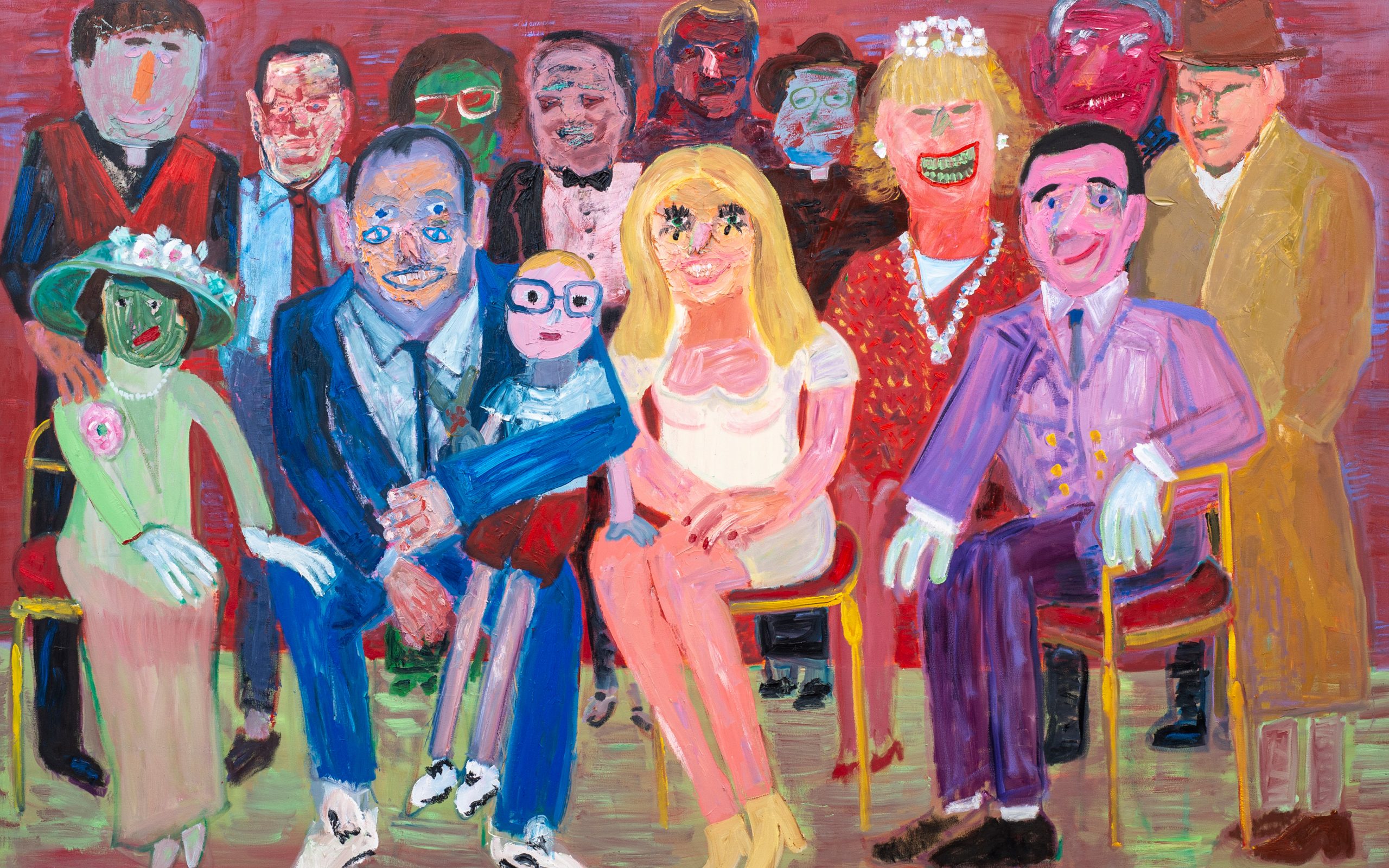 Norval Foundation is proud to present The Reunion: Georgina Gratrix, the first solo exhibition at a museum of the South African artist’s paintings. Bringing together 27 major artworks, completed between 2011 and 2020, The Reunion draws upon the holdings of the Homestead Collection, based at Norval Foundation, as well as loans from private lenders.

Georgina Gratrix (born Mexico, 1982) is known for paintings that feature expressive, impasto brushwork and humorous yet uncomfortable distortions of figures, objects and landscapes filtered through a colour saturated aesthetic. For over a decade Gratrix has investigated how the painted image can both seduce and challenge a viewer, while developing an immediately recognisable visual language that has a broad public appeal. Portraits of family and friends, as well as art world insiders and social media icons, appear alongside oversized still life paintings of impossibly exuberant bouquets and, to a lesser extent, verdant landscapes recalling the province of KwaZulu-Natal where the artist grew up.

The Reunion, responding to loose themes within the artist’s practice, is broadly divided into three parts. The first section displays Gratrix’s portraits of social figures based on images pilfered from social media platforms, newspapers, popular television series, films and society magazines. Through Gratrix’s eyes these figures become almost archetypal and include paintings such as CEO (2014), a generic portrait of a white male business leader, and The Appraisers (2018), a group-portrait referring to the South African art industry.

The next section contrasts these archetypal figures with portraits of the artist’s family, friends and self-portraits, conveying, through densely layered paint and unusual manipulations of the human body, something beyond verisimilitude. In The History of Dad (2011) Gratrix depicts a broad and ruddy stubble face with vaguely recognisable features, yet he is obscured by multiple eyes and surfaces. The bow in his hair—a recurring motif that Gratrix often uses in self-portraits—very literally imprints the artist into her father’s history and personifies the density of family relations. Also included is Nine Weeks (2020)—a series of watercolour self-portraits made by the artist, one each day, over the first 63 days of the government mandated lock-down in South Africa due to the Covid-19 pandemic—in which the artist charts her changing mental states during a period of isolation.

The third and final section of the exhibition brings together a selection of Gratrix’s still life paintings. Imaginative and exotic, they are paintings of the heart, filled with flowers and birds, and are often massive in scale, as in All the Birthdays Bouquet (2016) at 2.44 metres tall and 4 metres wide. Gratrix’s still lifes are iconoclastic in the sense that the genre is characterised by far more modest dimensions. These paintings oppose the intimacy and searching scrutiny that we find in Gratrix’s portraits, as they are clearly not ‘about’ anything in the narrative sense of the word, yet speak loudly about the artist’s commitment to the medium, her singular eye and the joy of painting that she gifts to her viewers.