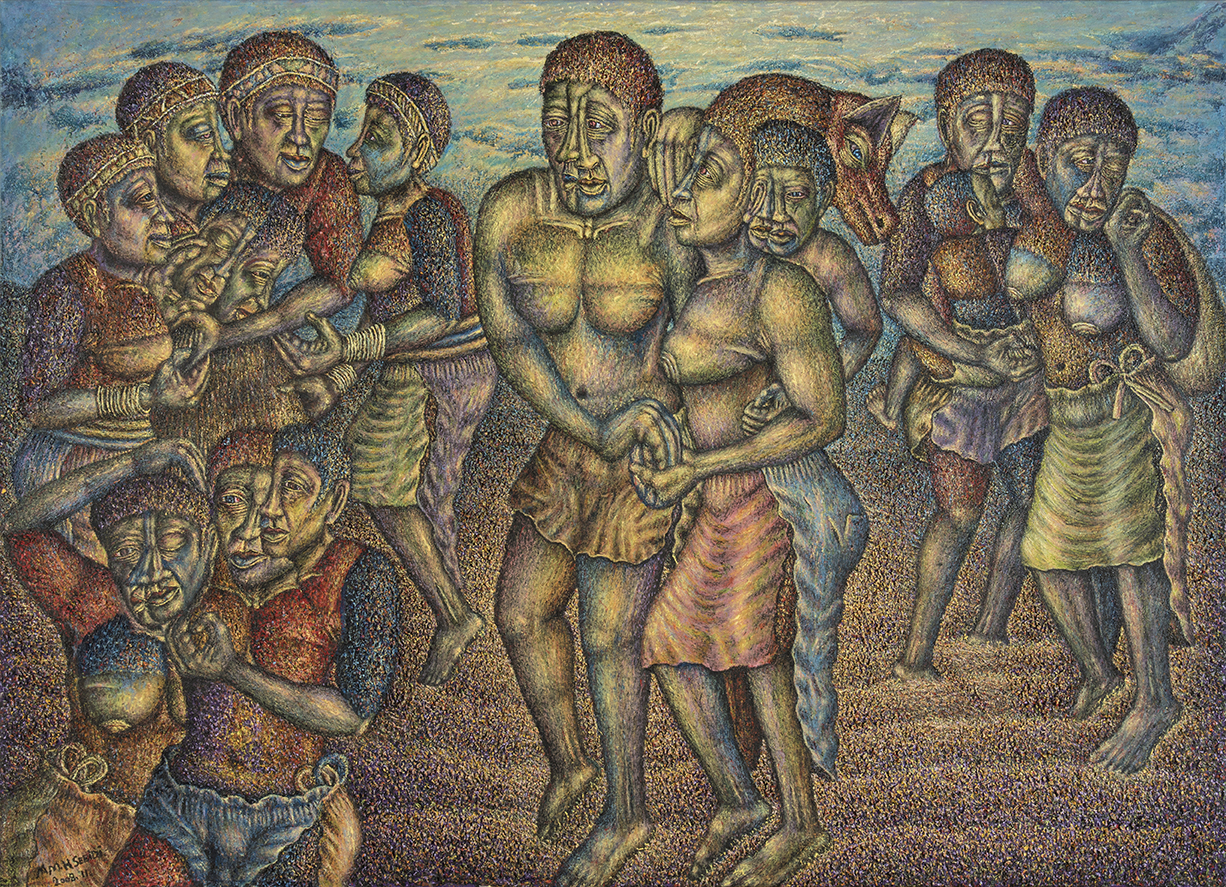 Batlhaping Ba Re! is a solo exhibition by Mmakgabo Mapula Helen Sebidi (born 1943, South Africa) featuring paintings, etching and a sculpture from a career spanning five decades. The exhibition reflects on Sebidi’s continuous dedication to mythologies, ancestry and traditional value systems, and highlights the innovations that have characterised the artist’s practice in recent years.

Sebidi’s proclamation that, “our education tells us that the first true gods are spirit animals” invites us to think through the spiritual meaning of animals, and the metaphor of animals in everyday life. Batlhaping Ba Re! – the fish people say – is a line from sereto sa Batlhaping and a reference to Sebidi’s family spirit animal, the fish. This exhibition asks viewers to think about the idea of animism that Sebidi’s work often conjures in an attempt to explore a number of themes, including different forms of personhood, the politicisation of land and its relation to conceptions of creation.

Bringing together major works by the artist, such as the three-panel altarpiece Who Are We and Where Are We Going (2004-08), the exhibition centres on Sebidi’s recurring practice of combining human and animal forms that are imbued with spiritual significance. Also featured are the seminal Tears of Africa I (1987-88) – which, until recently, remained in the artist’s private collection since it was created and has been a source of continual inspiration – and Tears of Africa II (2016), made almost three decades later.

Batlhaping Ba Re! foregrounds the notion of the sonic and is an invitation to metaphorically ‘listen’ to Sebidi’s two-dimensional artworks. Beyond experiencing the work visually, viewers are invited to imagine what Batlhaping are sharing with us in Sebidi’s overpopulated, haunting and phantasmagorical depictions of the human. The high pitch of laughter, the moan of agony and the shrill cry of fear can all be imagined in Mmangwane o Tshwara Thipa ka Bohaleng (The Child’s Mother Holds the Sharp Edge of the Knife) (1988–89). Similarly, the euphoria created by the sounding of a bull’s horn in The People are Called to See the Initiates (2014-15) and the sound that fish make in Ancestral Hope (2013 – 2014) can easily be conjured when viewing these works.

Through her unique depiction of the human figure, we come to appreciate Sebidi’s representation of different forms of black being, and a search into the relationship between humanism, spiritualism and the contemporary black African condition. 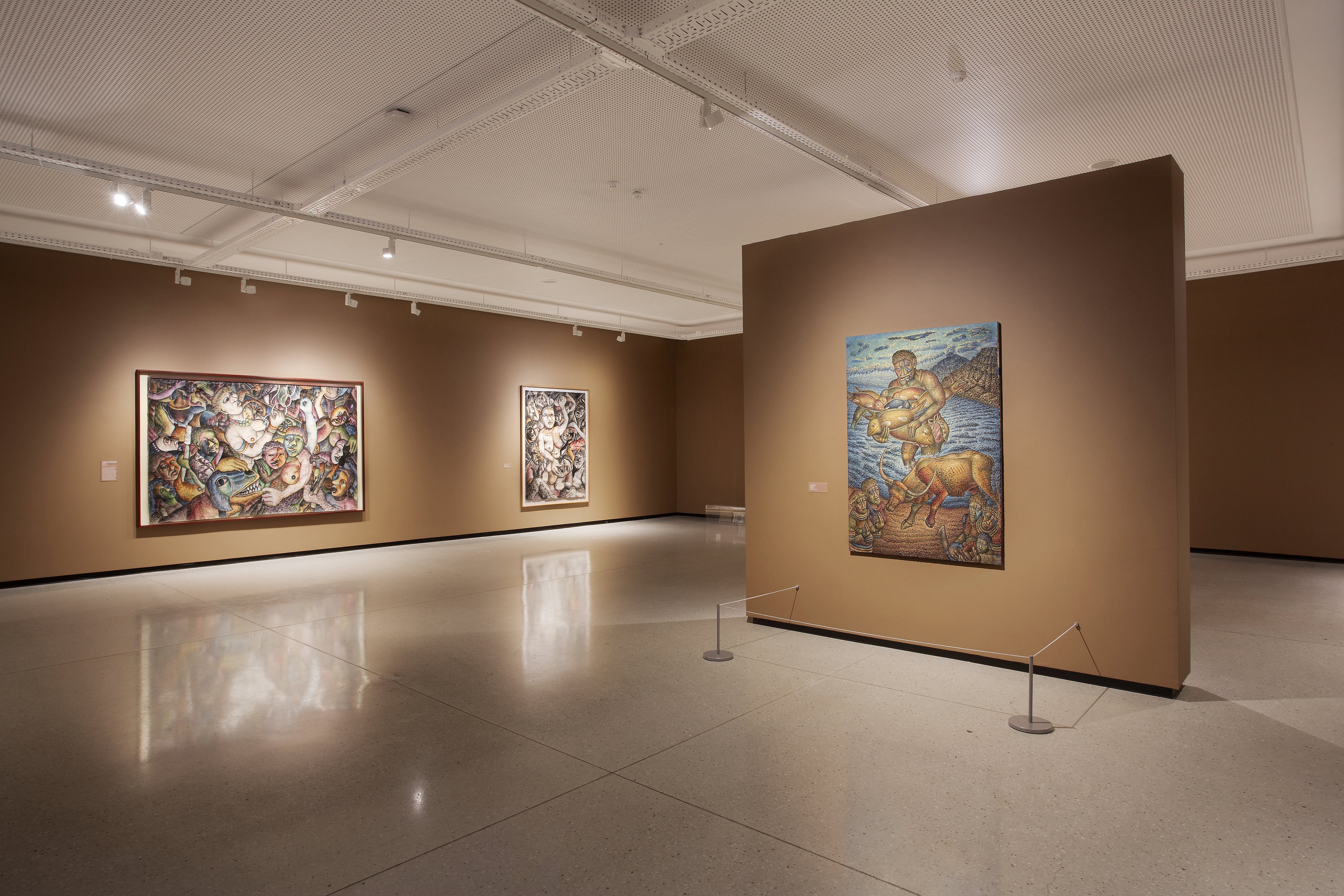 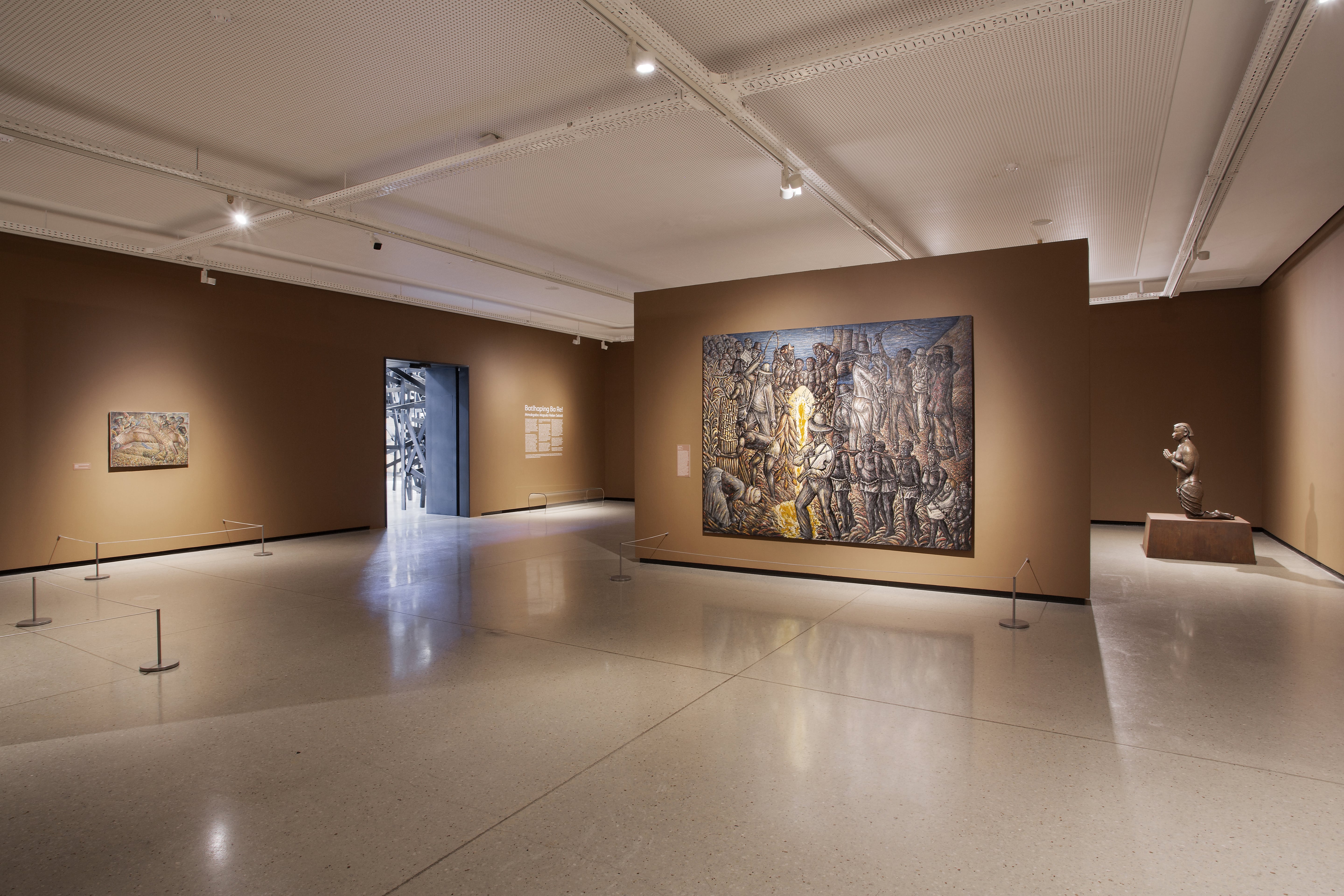 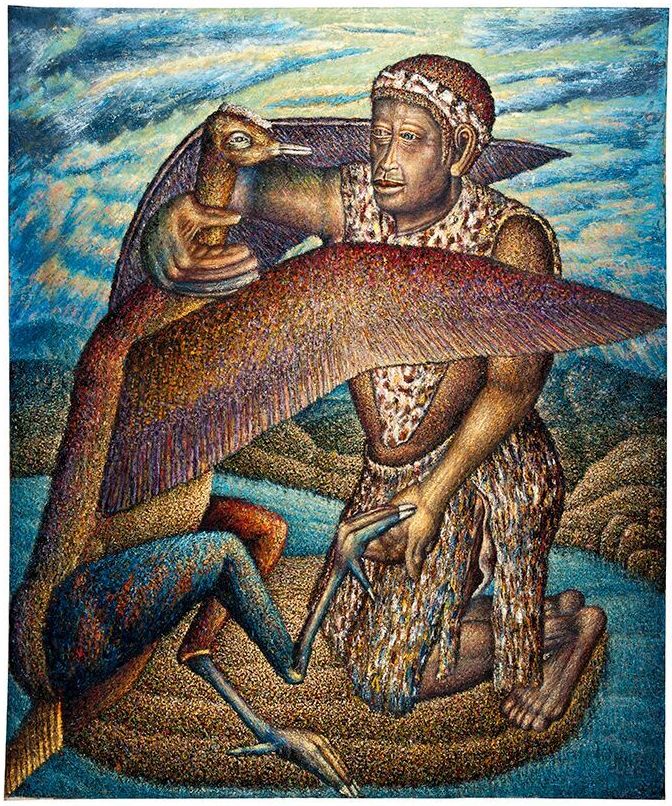 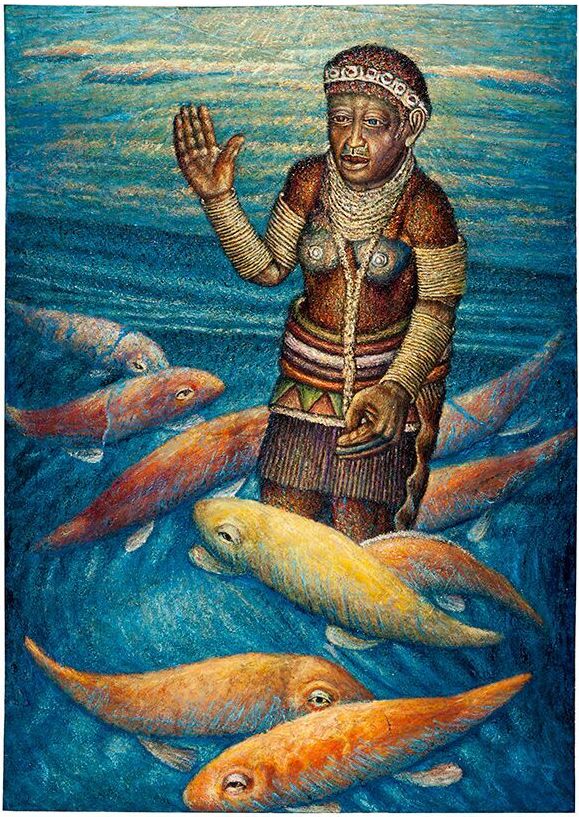 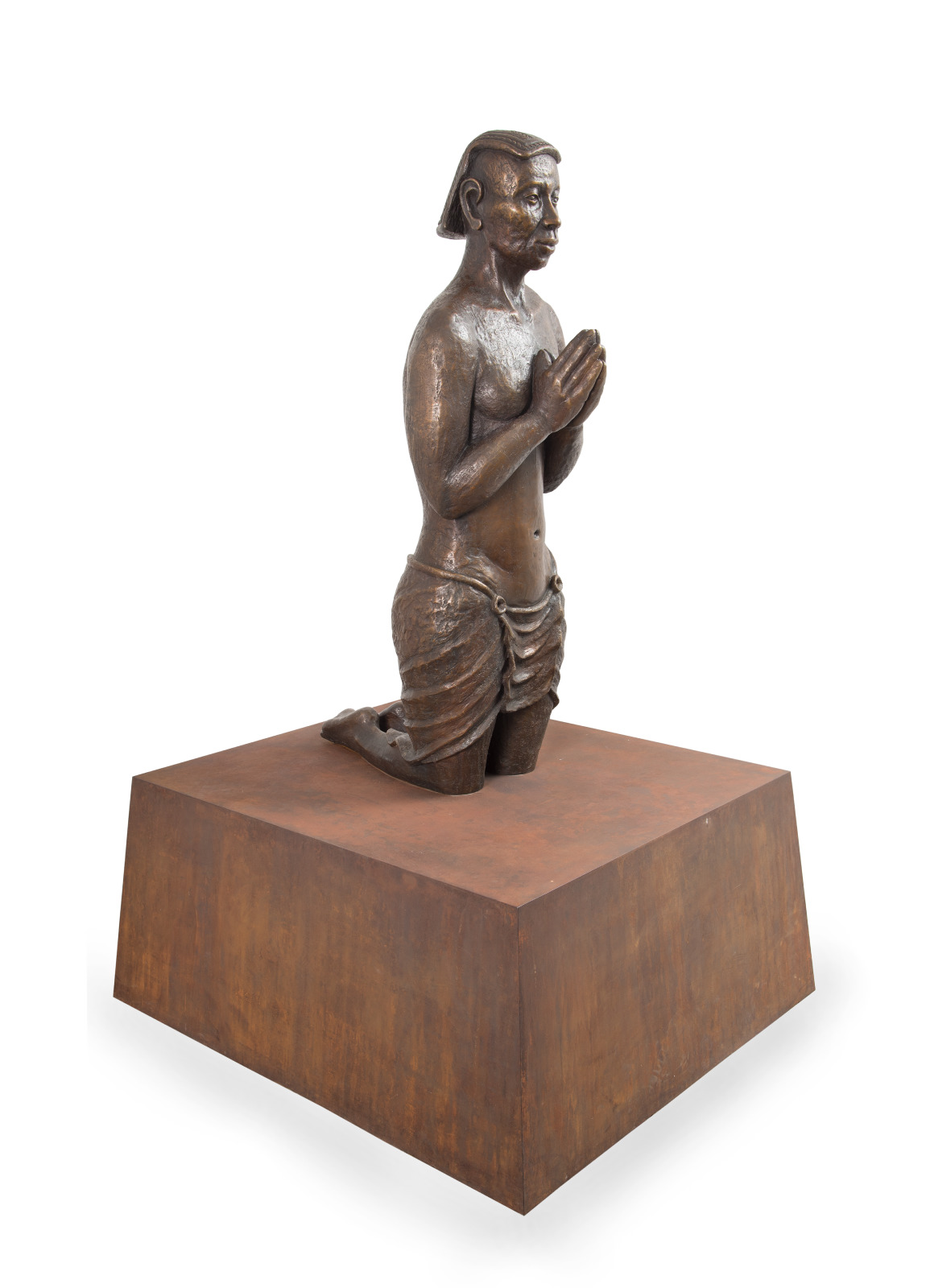 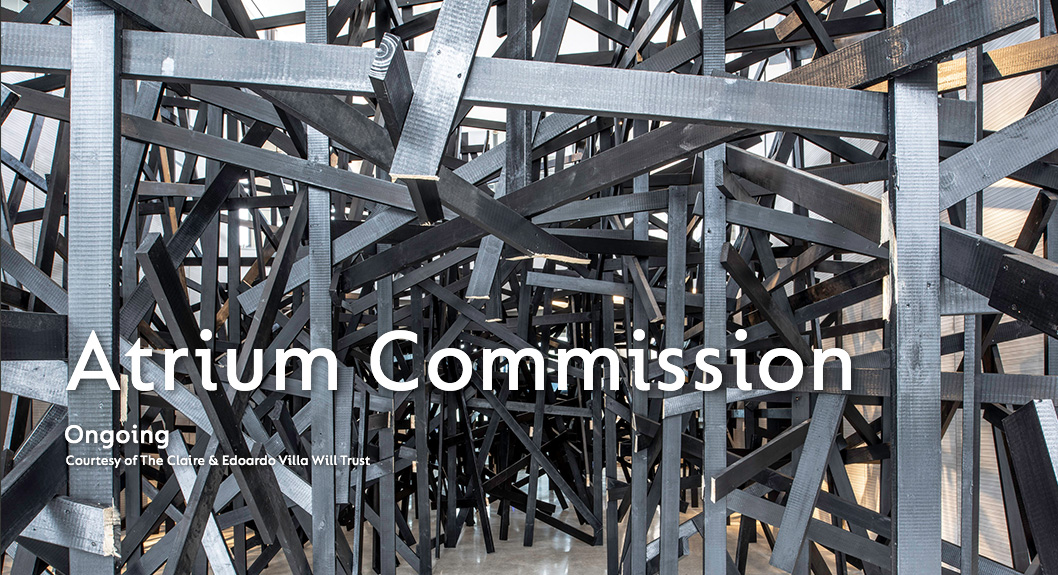