Born in Marapyane near Hammanskraal in the Northern Transvaal area (Gauteng and Limpopo today), she grew up with her grandmother who was a traditional wall and floor painter. She taught Sebidi the importance of channeling spirit into the world through hard work, a commitment to herself and her community, but, most significantly, through creativity – whether it be cooking, weaving, beading, drawing, painting and so on. Consequently, from a young child, Sebidi developed a lasting love for creative pursuits, particularly drawing and painting and the designs of traditional arts and craft.

As a young adult Sebidi worked as a domestic worker, but soon discovered she had a talent for painting. Her employer had taken up painting, and after Sebidi expressed an interest in it, she received her first set of oil paints. She then sought out formal lessons and ended up being taught and mentored by John Keonakeefe Mohl in the early 1970s. Sebidi returned to Marapyane in 1975 to look after her grandmother who later passed in 1981. It was around this time she trained at the Katlehong Arts Centre to improve her clay, moulding and sculpture techniques. 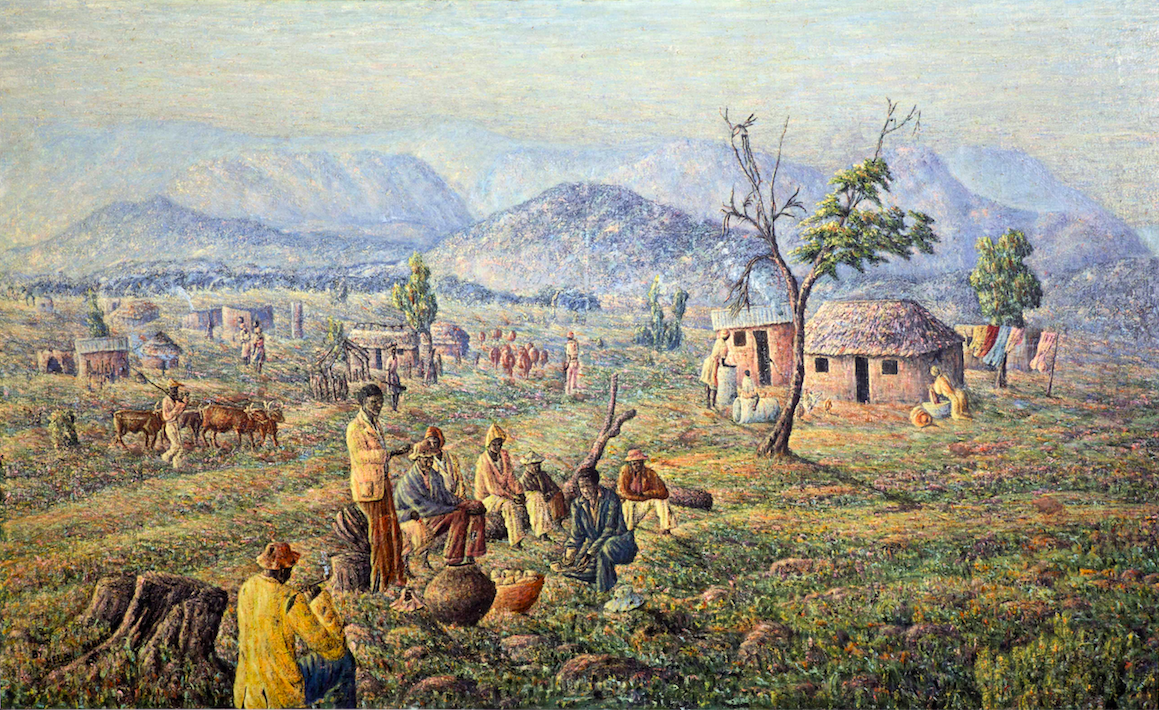 Equipped with a strong foundation in painting, composition and other techniques, Sebidi’s practice evolved tremendously. Her work started getting noticed, and in 1985, she had her first solo show at FUBA. The Federated Union of Black Artists Arts Centre was founded by Sipho Sepamla, Benjy Francis, and a number of other artists, writers, musicians and other creatives in Johannesburg in 1978. Not long after, painter David Koloane opened the FUBA Gallery in Newtown. This show transformed her life and career, she went from living in a township hostel with few possessions, to being able to earn a decent living just from her art. Since then, Sebidi has exhibited around the world, received a number of awards and honours and taught younger generations, artists in particular.

Mmakgabo Mapula Helen Sebidi resides in Parktown, Johannesburg, where she works in her studio and, in her spare time, continues to teach and inspire.

Sebidi’s practice is dedicated to mythologies, ancestry and traditional value systems. In 2018 Norval Foundation presented Batlhaping Ba Re!, a solo show of Sebidi’s work featuring paintings, etching, and a sculpture spanning five decades. The exhibition centred on Sebidi’s recurring practice of combining human and animal forms that are imbued with spiritual significance. This exhibition asked viewers to think about the idea of animism that Sebidi’s work often conjures in an attempt to explore a number of themes, including different forms of personhood, the politicisation of land and its relation to conceptions of creation.